It was the first time I went to MCM Comic Con. I hope it won't be my last!

Would you believe that despite being a big comic book nerd, I have never been to MCM Comic Con before? I know, right, seems crazy, but it's true.

Well this year I finally got to lose the MCM virginity, and I loved it!

Say the words Comic Con and I can guarantee that images of cosplayers come to your mind. I can assure you that you would be 100% correct with that thought, but seeing them in real life is so much better.

The amount of love and passion put into some of the costumes is incredible. Everybody is so friendly too! If you ever get lost or want to find a particular stall, or even just chat about their cosplay and grab some pictures, then you can. It was different to so many other conventions and shows I've been to – there was a real sense of community.

Below are just a selection of people I encountered on my journey... 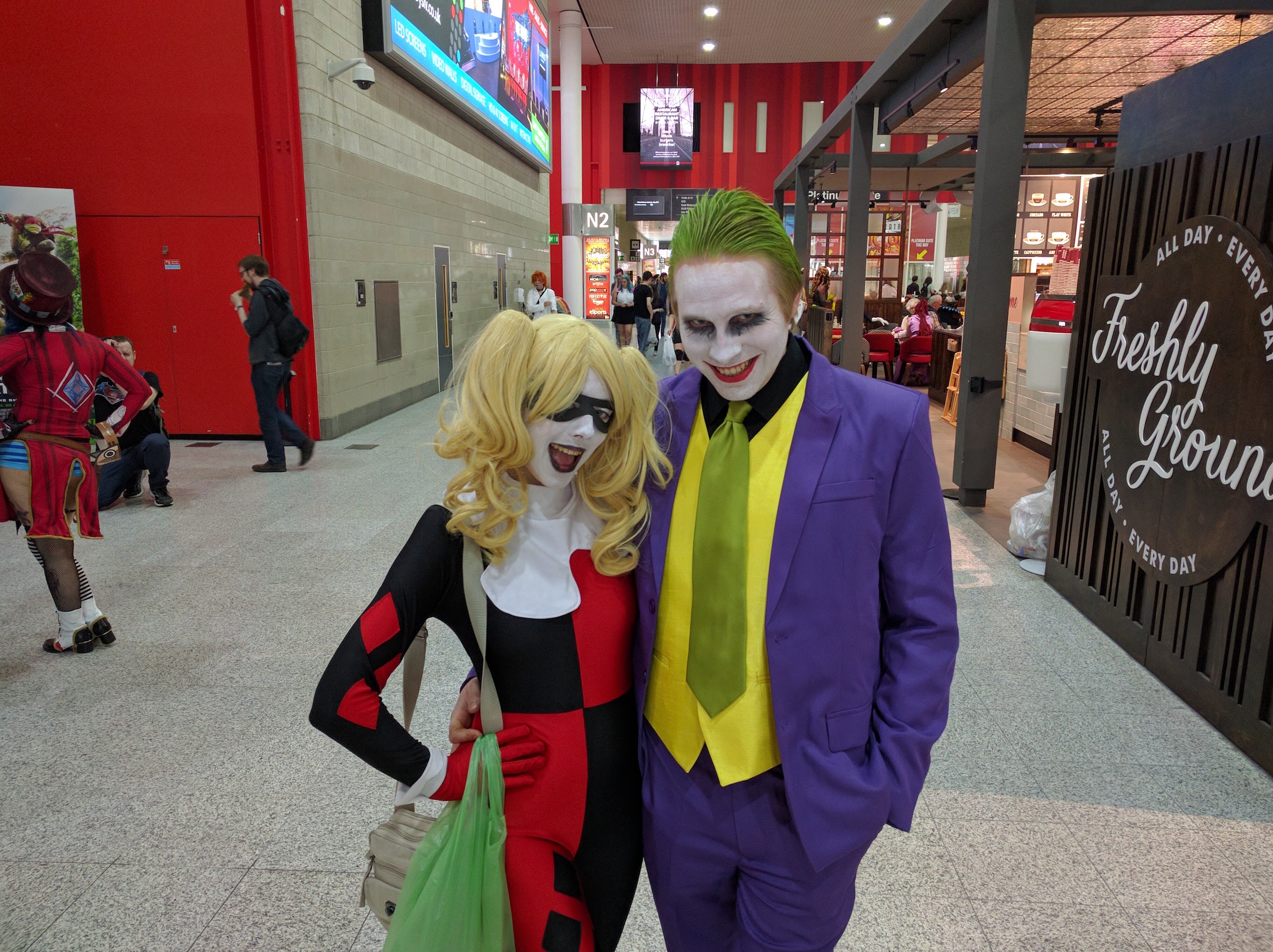 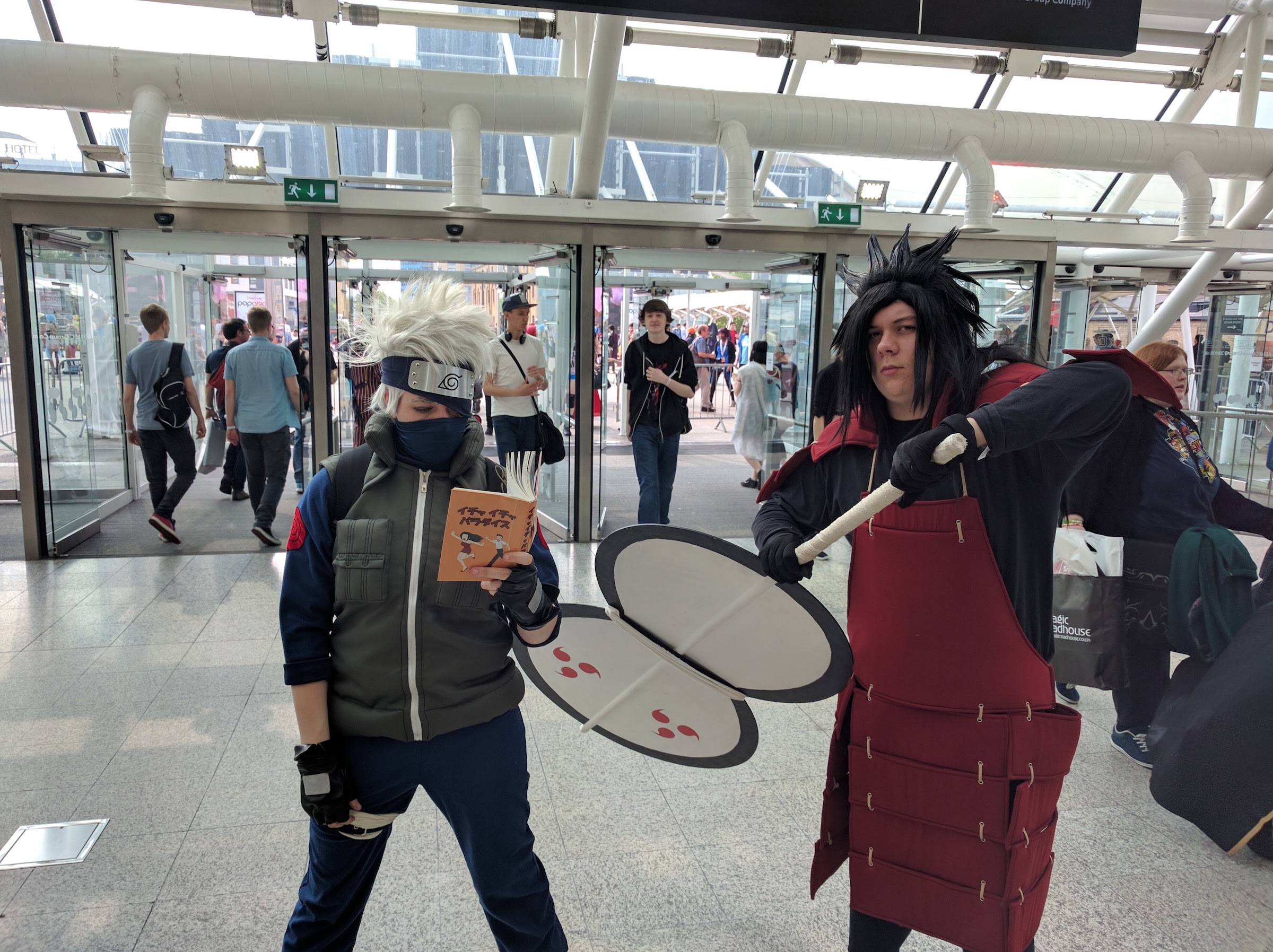 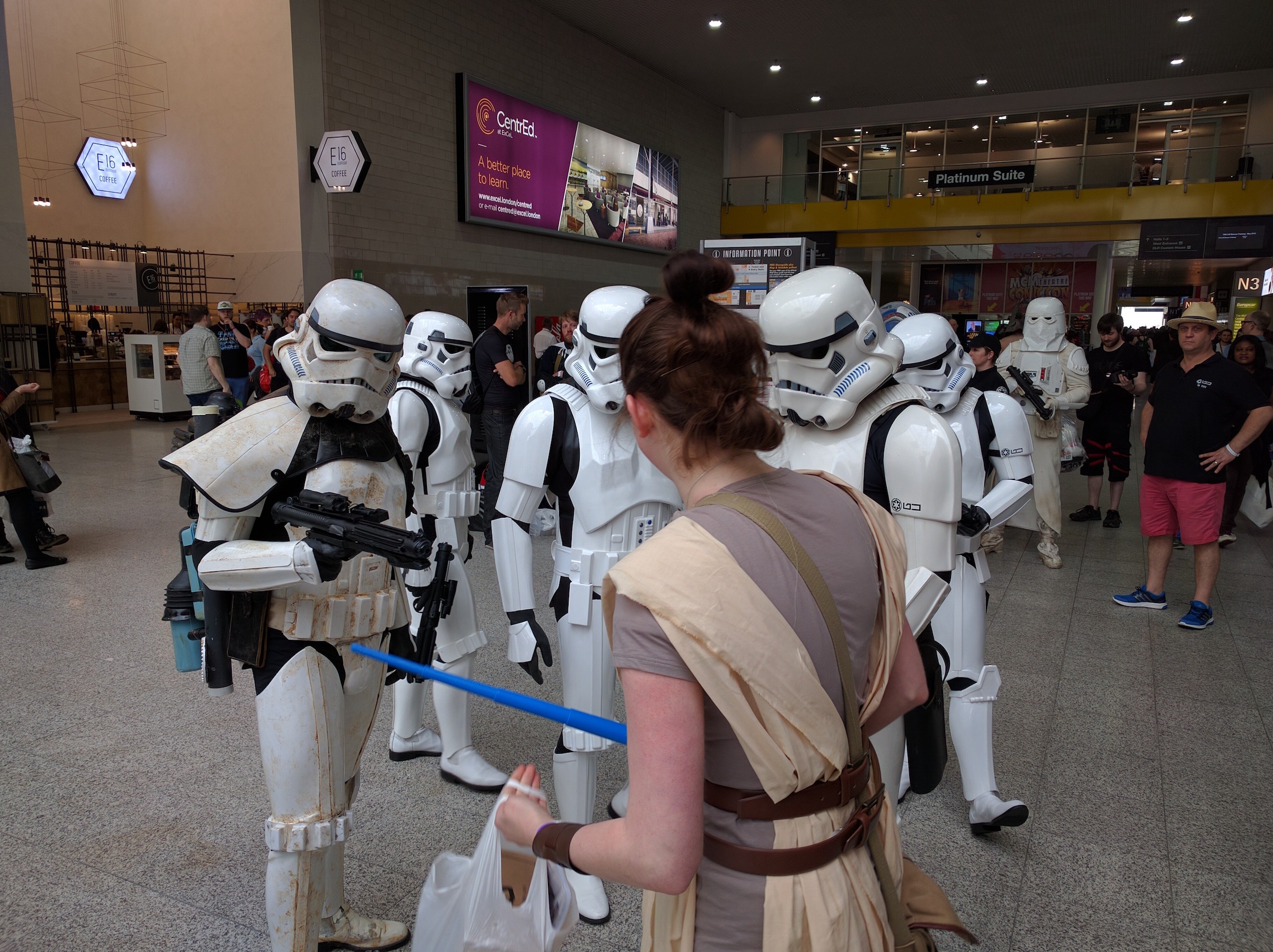 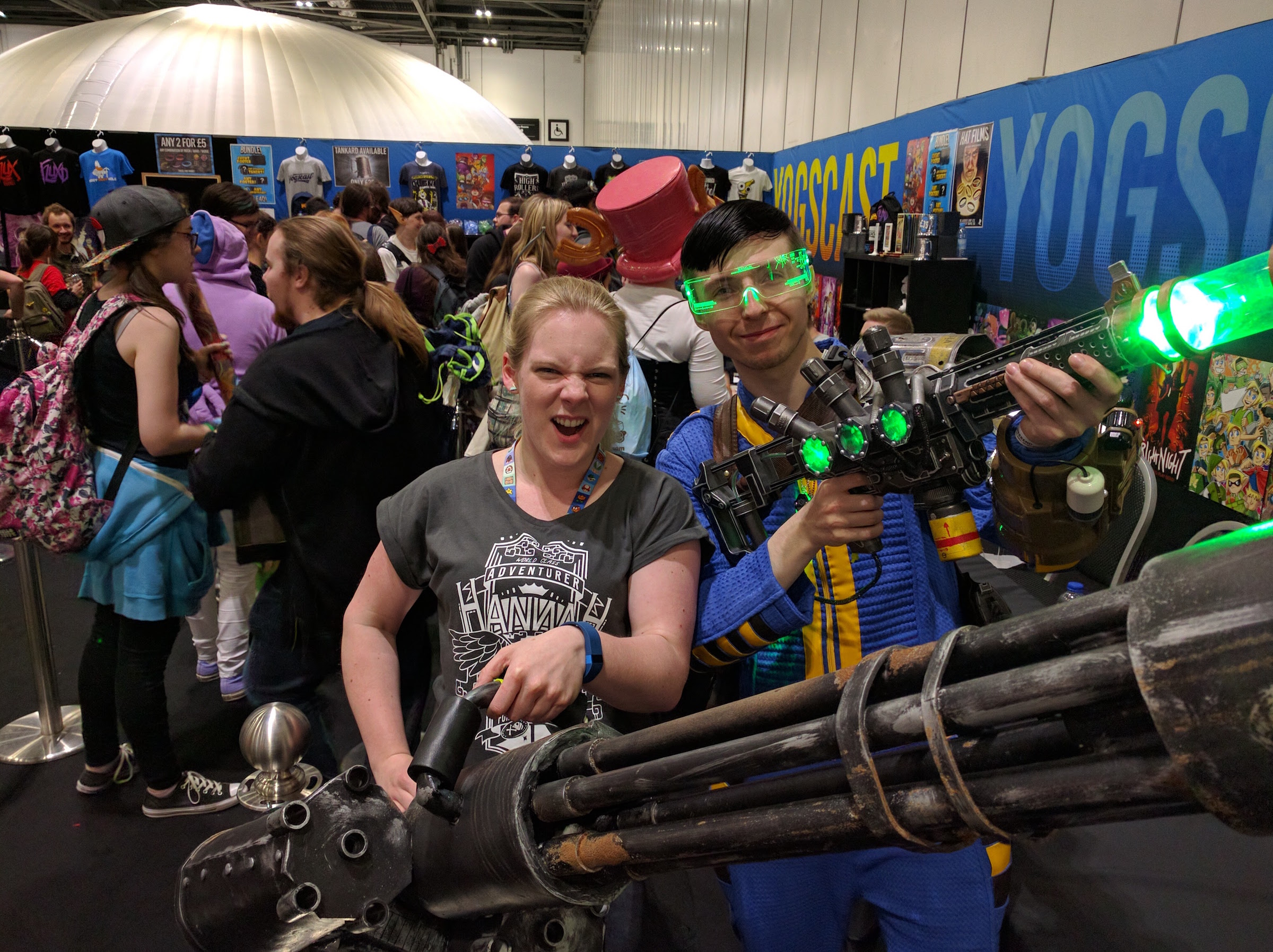 This last photo is so many kinds of awesome.

Firstly, the bloke on the right is dressed as the Sole Survivor from Fallout 4, which you might recall I reviewed, and have subsequently decided was my game of 2015. Secondly, this was his first time cosplaying, and he had gone through the effort of creating that minigun, syringe gun, and heads up display all from scratch. The HUD was created using a laser cutter and laser etcher. Thirdly, if you didn't know, the lady to his left weilding the incredible mini-gun is Hannah Rutherford, from the Yogscast.

The YouTube stars had taken over a whole corner of one of the massive halls, and were diligently signing merchandise, talking to fans, posing for pictures and generally continuing to entertain fans like they have done for years.

After Comic Con, Hannah actually posted a very emotionally charged video, which sort of underpinned the human aspect to these stars, and demonstrated how much of what we see on YouTube goes beyond a simple personality.

I played with an HTC Vive, and it was incredible.

I want to use more descriptive words but I lack the vocabularly. For those who don't know, Vive is a collaboration between Steam and HTC to create a VR headset, in a similar way to Oculus Rift.

Having tried a demo version of the rift last year, I wasn't expecting the technology to have come forwards so far so fast, but wow was I wrong.

The Vive, in my opinion, blows the Oculus out of the water. It comes with these two paddle-like controllers, and has cameras that can track your position relative to the space you are in. I played a shooting style game, and the accuracy and responsiveness was amazing, and the fact you can actually move out of the way of bullets was great too. Body tracking really makes the VR experience more immersive, and the Vive has really sold me on the idea of using it in the home. Now to be able to afford the gaming PC to run it…

I'm really in two minds about my feelings towards the sellers at MCM. On the one hand, they have some amazing merchandise, rare items, and imports that would otherwise not see in this country. On the other hand, some of them seemed quite low quality, and although I have no evidence suggesting this is the case – some looked like they could have been made without permission from the license owners.

Many of the stalls had some kind of Batman/Marvel merchandise, which is understandable given the event, and it was refreshing to see Deadpool get some more love and attention. But it had a sense of commercialisation to it that I wasn't a fan of, and as you saw yet another similar looking T-shirt, it started to feel a little bit like Camden.

That said, I did pick up a few bits and bobs, and got to try out an MXRacer chair before making the decision to buy one – being sat at a desk all day for work will now hopefully be less back destroying!

MCM was always sold me to me as a place for nerds, but hellish for agoraphobics. While at times it did get crowded – and my word was it hot – it wasn't at all unbearable. I went on the Friday, which I understand is the more quiet of the days. I think that was the sensible option for a newbie, but I couldn't help but feel people and stalls were all waiting for the Saturday.

I'm definitely glad I went though! The Vive alone made the whole experience worthwhile, but to see all of the cosplay, and get a part of that shared experience was incredible, and hopefully I get to go to the next one in October! 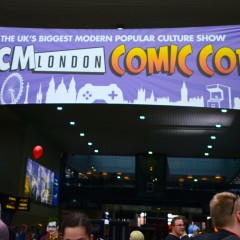 It was the first time I went to MCM Comic Con. I hope it won't be my last!