Auld Lang Syne is originally a poem from Robert Burns that dates back to the 18th century based on an old Scottish folk song. Now it is a song sung in Scotland during New Year alongside other festivities.

Martin Aelred Colgan unveiled his own version of the song as part of a proposed TV Series soundtrack about the life of Robert Burns and is the second single from the upcoming album Red Red Rose.

Just in time for Christmas and Hogmanay, Martin Aelred Colgan’s classic delivery and arrangement of Auld Lang Syne is more than a nod and a wink to his Scottish roots. The singer born in Glasgow has always been close to his Scottish lands so it is no surprise that he would embrace them in music. 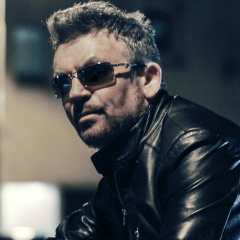