For Black History Month, I explore how far Black representation in TV and film has come from the days when Hattie McDaniel was excluded from the very ceremony she was nominated at.

It’s not hard to remember a time when Black representation in TV and film was either non-existent or extremely problematic. If you were lucky enough to have premium programming growing up, you would have benefitted from American classics like Sister Sister, That’s So Raven, Moesha, and the like, leading the fight for Black representation. However, British programming was a ways behind. Break-out American shows like The Fresh Prince of Bel Air, My Wife and Kids, Everybody Hates Chris, became regulars on British channels. But when it came to original programming, shows like Desmond’s and The Crouches were few and far between, leaving many of us relying on that one Black family in Eastenders to see ourselves represented.

When it came to films, things weren’t much better. Again, Black Americans had many titles that became staples in Black households, and pioneers of the game like Spike Lee were doing their best to change things. ‘Friday’, ‘Bootycall’, ‘Beverly Hills Cop’, and ‘House Party’ were a few from my childhood that I remember always being on. Samuel L. Jackson was the Black guy in any mainstream film that wasn’t Black-centric, and dark-skinned Black female representation was either problematic or unflattering. Many white-directed films were full to the brim of tropes, casual racism, and the perpetuating of harmful stereotypes that made it hard to relate, leaving a huge gap for some positive and diverse portrayals of the Black experience.

Although it’s infuriating that Halle Berry is still the only Black person to have won the Oscar for Best Actress, it’s undeniable how much those leading the charge for better representation of the culture have achieved. Things have come leaps and bounds from the dreadful reality of the first Black Oscar recipient Hattie McDaniel, who wasn’t even allowed entry to the very award ceremony she was nominated at. The diminishing integrity of the Academy makes it an easier pill to swallow, as does the number of Black actors in the industry not only performing but creating roles that are breaking convention and statistics, left, right, and centre.

If we skip ahead to today, things are far from perfect, but it’s certainly less of a chore to find a film or TV show that is getting representation right. Jordan Peele is leading the charge in representing Black people in horror beyond being the ones that die first. From recent box office hit NOPE to instant horror classic Get Out, Peele has breathed new life into the genre putting Black people front and centre of his creative exploits. Black Panther was a marvel – pun intended – and launched the Marvel universe into unchartered territory. Abandoning the trope that Africa is a poor, desolate wasteland, director Ryan Coogler brought us a rich, multifaceted depiction of the Black experience.

More recent triumphs like Abbott Elementary and Entergalactic have become instant modern classics for this fact alone. The former was written and performed by Quinta Brunson, who is miles away from the ‘sassy, Black female’ trope a woman like her might have been forced to portray some 20 years ago – if she had made it onto our screens at all. Entergalactic is a recent animated film on Netflix with a star-studded, diverse cast and depicts Blackness beautifully. When it comes to animation, so many films have captured Black features in some truly uninspiring ways. Entergalactic follows no such fate as creator Kid Cudi has voiced how the detail and beauty of Blackness being captured was a very conscience effort. The Rotten Tomatoes ratings for both speak volumes, and although Abbott Elementary has been recognised by the Emmy’s, the support for this show came from the audience first, reinforcing how desperate people were for these refreshing and more relatable depictions of Black people.

Even representation for Black LGBTQ+ people has made some important, much-needed strides. We aren’t far off the back of decades of media makers that refused to even acknowledge the existence of the Black LGBTQ+ community. As a dark-skinned Black woman, I struggled to see myself represented, but I can only imagine what it would have been like for a Black LGBTQ+ person growing up. Now, actors like Laverne Cox, Ncuti Gatwa, Wanda Sykes, and the like, have shown it is possible to be out, proud, Black, and on TV. This fight is one that still has a long way to go, but to know there are children at home being able to point to someone who represents the facets of their identity is a win.

The physical representation is not the only evolution to praise. Growing up, the depictions of the Black experience were almost wholly negative in mainstream films. Drugs, poverty, violence, and slavery plagued Black characters, peddling the notion that is all Black people could embody. Next to that, Black characters lacked depth and were there for comedic effect, often being made to portray a caricature of Blackness. Although at times it seems some directors have not evolved past this, a more joyful side of the Black experience has become the main focus of many directors. That and inserting Black actors in more fantastical roles, a genre that once heavily neglected the incorporation of Black actors as if mythical creatures could only be white.

Outside of TV and film, it would be wrong not to pay homage to the insane amount of Black talent that carries the music industry. The music industry has always been better at showcasing Black talent than TV and film. Many Black musicians do a lot to capitalise on their success to do more for Black communities and champion the need to raise one another up. If we take Stormzy for example, and his latest song ‘Mel Made Me Do It', he showcases Black talent in a beautiful way, bringing together old and new, and paying homage to his journey, and those who made it possible. In MMMDI, Stormzy raps about legacy, building from the atrocities of the past and focussing more on the future. That is a lesson many in the entertainment industry can benefit from employing as we collectively move away from a time where the absence of Black representation in any industry, results in Black youth believing they are destined for nothing but the harmful stereotypes they see on TV.

Representation has bred the need for inclusion to avoid such harmful tropes and depictions of the Black experience, and for that its power cannot be underestimated. The fight for representation will continue until Black individuality, Black joy, and Black love are commonplace and not one show, film or artist is carrying the load for the entire Black community across the diaspora and beyond. 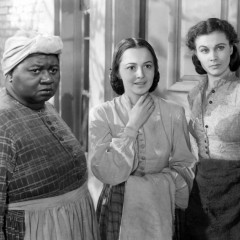 The evolution of Black representation in TV and film

For Black History Month, I explore how far Black representation in TV and film has come from the days when Hattie McDaniel was excluded from the very ceremony she was nominated at.