It’s been 21 years today since Legally Blonde was released – how does it hold up?

Legally Blonde was released on July 13, 2001 – which, if you hadn’t realised, means it is exactly 21 years old today. It’s an American comedy film (or, if you’re partial to using the label, a “chick flick”) starring Reese Witherspoon as Elle Woods, a blonde sorority girl who decides to attend Harvard Law School in order to win back her ex-boyfriend.

Legally Blonde was a huge success when released, grossing $141 million worldwide on just an $18 million budget, and received mostly positive reviews from critics. While a film’s profit isn’t necessarily an indication of its quality, the fact that it made so much money is at least somewhat of a signifier that general audiences enjoyed it.

With all the progress made in the last two decades in terms of social justice and attitudes surrounding certain subjects, though, it is quite easy for some films – comedies especially – to age badly. Jokes that were once considered harmless and funny are always being re-evaluated, and people often look at them in an entirely different light after all the progress we’ve made. (Ace Ventura (2001) is perhaps a good example; it was released a few years before Legally Blonde, and very few found it to be controversial at the time. It has since been rightfully criticised however for rampant transphobia.)

With the focus of Legally Blonde being stereotypes surrounding blonde women, and considering it is a comedy about stereotypes in general, it would probably have been very easy for it to age badly. Thankfully, it has not. The entire point is to flip the stereotypes on their heads, and Legally Blonde does it brilliantly. Elle Woods is not a dumb blonde – she is interested in fashion and things that would typically be considered “girly,” and she only attends Harvard Law School in the first place in order to win back her ex-boyfriend, but… stuff can be two things. An interest in fashion and beauty and intelligence aren’t mutually exclusive. Not only does she get into Harvard Law School in the first place (which also sparked the iconic bit of dialogue “What? Like it’s hard?”), she eventually puts her fashion and beauty knowledge to good use in order to graduate and become a fine lawyer.

Twenty-one years on, Legally Blonde can very much be looked at as a feminist film. It challenges negative stereotypes surrounding blonde women and women in general; some of the women in the film, despite initially feuding, eventually become friends, flipping the trope of having women fight over a man on its head; and the men are repeatedly beaten at their own game.

Setting the themes aside, Legally Blonde is also just a lot of fun. Reese Witherspoon gives a great performance as Elle Woods, and as a whole it is incredibly charming and contains a surprising amount of quotable lines. It might not become your favourite film of all time, but it’s practically impossible not to like, so if you haven’t seen it, you’ve no reason to not give it a go. And what better time than its 21st birthday? 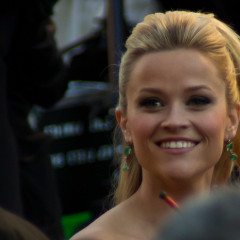 It’s been 21 years today since Legally Blonde was released – how does it hold up?