The production of Cabaret won seven out of eleven categories they were nominated for at the ceremony on Sunday, an event held at the Royal Albert Hall in London for the first time in three years. In-person stars took to the green carpet to celebrate all things theatre;  a moment for the theatre community to reunite after the pandemic’s disruption. This year’s Oliviers were hosted by comedian Jason Manford who made jokes about Will Smith’s Oscar slap. Manford said: “I will very much be keeping your wives’ names out of my chuffing mouth”.

Cabaret took home all four musical acting awards: Eddie Redmayne (as the Emcee) won his second Olivier award and Jessie Buckley won her first (as Sally Bowles) in leading roles, and Elliot Levey and Liza Sadovy as supporting characters. The musical won best revival against Spring Awakening (at Almeida Theatre) and Anything Goes (at the Barbican). Rebecca Frecknall was named the best director, and Nick Lidster won best sound design.

Following Cabaret is the stage production Life of Pi, which originated at Sheffield’s Crucible Theatre in 2019. Due to the pandemic, its West End transfer was delayed. Life of Pi won five awards including: best new play, best set design (for Tim Hatley’s design, and then Nick Barnes and Finn Caldwell’s puppets), and best lighting design (for Tim Lutkin and Andrzej Goulding). The best supporting actor prize was shared by seven actors who play the show’s tiger, including: Fred Davis, Daisy Franks, Romina Hytten, Tom Larkin, Habib Nasib Nader, Tom Stacy and Scarlet Wilderink. The seven actors control a different part of the puppet, one provides the puppet’s voice and three pairs are responsible for the tiger’s head, heart and hind.

WINNER - Back To The Future - The Musical

WINNER - Pride and Prejudice* (*sort of)

WINNER - Get Up Stand Up! The Bob Marley Musical 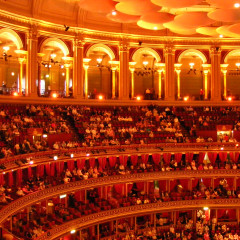