Martin Scorsese has had a long and successful career, directing 25 feature films and picking up numerous accolades along the way. Here, we rank his 10 best films and discuss each one.

Martin Scorsese is one of the most successful directors of all time, and is a gargantuan in the film industry. Many of his films are popular with critics and mass audiences alike, and they have starred several of the biggest actors on the planet over the last 50 years. With a career spanning over five decades, it is tough to narrow Scorsese’s filmography down to a top 10, but here goes nothing…

Scorsese’s only win for Best Director at the Oscars came from The Departed, the 2006 crime thriller hit starring Leonardo DiCaprio, Mark Wahlberg, Jack Nicholson, and Matt Damon. It makes sense, as it is by far one of his most accessible films, and the Oscars are a little too populist to give his slower paced (but better) films with the big awards. The Departed is certainly a great film, though. It is perfectly structured and has everything you’d want from a crime thriller – high stakes, tension, and plot twists – it just feels a little bit like Scorsese on autopilot. Still, a fine place to kick off this list.

9. The Color of Money

A sequel to the 1959 film The Hustler, Scorsese’s 1986 feature continues the story of Edward “Fast Eddie” Felson, but what’s odd about this film is that Paul Newman (who plays Fast Eddie) is the only person from the first film to be involved with the sequel. It’s all the more impressive, then, that The Color of Money is so good. The chemistry between the three main characters is fantastic, and that combined with the direction makes what could have otherwise been a mediocre road trip of hustling and pool playing into a joyously entertaining romp. The ending features a freeze frame that’s reminiscent of the much-loved Rocky III finale, with two of the beloved characters having a behind-closed-doors rematch that the audience will never see the result of. It’s tough to watch this one without smiling.

The longest and most expensive film of his career, The Irishman feels like a culmination of everything Scorsese had learnt until that point in his career. He’s no stranger to crime dramas, especially those featuring gangsters, and The Irishman features the iconic trio of Robert De Niro, Al Pacino, and Joe Pesci. It’s absolutely deserving of the long runtime, and by the end it is far more poignant than most would imagine a gangster film being. The only negative to speak of here are the de-aging special effects that were used on De Niro – no amount of CGI can hide the fact that he has the gait of an old man. That is a minor criticism, though, and The Irishman is absolutely worthy of your four hours.

7. The Age of Innocence

The Age of Innocence is unique among Scorsese’s filmography, being his only costume drama (which is a term Scorsese himself hates using). It’s a testament to his talent as a director that he ventured into a genre he hasn’t worked in before and made such a brilliant film. The Age of Innocence is as extravagant in content as it is in form, with flashes of colour between transitions and fancy editing complementing the luxurious setting of Gilded Age upper-class New York. It is a beautiful romance story, and the ending is one of the most wistful you’ll ever see.

Now considered a cult film, After Hours is probably Scorsese’s most bizarre feature. It follows Paul Hackett (Griffin Dunne) as he tries desperately to get home in New York City, and is repeatedly prevented from doing so by increasingly weird things. It eventually culminates in him being chased by an angry mob while there are wanted posters with his face on them up across the city. It’s one of the best black comedies you’ll ever see, and it has some brilliant screwball comedy and symbolism throughout.

5. The Wolf of Wall Street

The highest grossing film Scorsese ever made is also one of his funniest and most enjoyable. The humour has likely contributed to this film being so often misunderstood as a glorification of the excessive lifestyle depicted in it, but it would be incredibly out of character for Scorsese to suddenly portray such themes in a positive light – Jordan Belfort (Leonardo DiCaprio) ends up penniless and alone by the end of the film, and while the antics are often played for laughs, there is a sad undercurrent to the whole thing. It’s one of DiCaprio’s career best performances, has a fantastic ensemble cast, and despite being three hours long, it flies by.

Often considered Scorsese’s magnum opus, Raging Bull contains incisive themes on toxic masculinity, jealousy, rage, and misogyny. Robert De Niro delivers an all time great performance as the boxer Jake LaMotta, whose rage and jealousy is depicted brilliantly not only by De Niro, but by the ingenious formal choices. An example of this is when we see, from LaMotta’s point of view, Vickie (his girlfriend) moving in slow motion towards another man. It’s perfectly innocuous, but the use of slow motion perfectly represents what LaMotta is seeing, as it somehow makes it seem anything but. A perfectly crafted film with flawless performances and direction.

The 1976 Palme D’Or winner is a masterful meditation on loneliness and mental illness. It is widely considered one of the greatest films ever made and is ranked 31st on the Sight and Sound critics poll. There are several scenes that have become some of the most iconic in cinema history. “You talkin’ to me” is one of the most quoted lines of all time. The only unfortunate thing about Taxi Driver is that it has been often misunderstood and that the character Travis Bickle has been bizarrely seen as some sort of hero by some groups, but that is hardly the fault of the film itself. A classic in every sense of the word.

The most famous of Scorsese’s mob films – perhaps the most famous full stop – is probably Goodfellas, and it isn’t hard to understand why. Much like Taxi Driver, it is widely considered one of the greatest films ever made, but is also a little more accessible for general audiences than his 1976 classic. It has all the themes of crime, masculinity, Catholic guilt and redemption, and loyalty that are present in so many of Scorsese’s films, but it is also massively entertaining to watch the likes of Robert De Niro, Ray Liotta, and Joe Pesci do their thing in a gangster setting. There’s a reason it’s one of the most famous films ever made. “As far back as I can remember, I always wanted to be a gangster.”

1. The King of Comedy

An unconventional choice for the number one spot, The King of Comedy is one of the most underrated and underseen films of Scorsese’s oeuvre. It is a brilliant and incisive look at celebrity worship and the culture of media in America, and since its release in 1982 it has, unfortunately, only grown increasingly relevant. This is evident by watching it, but it is reinforced by the 2019 film Joker, which copied so much from The King of Comedy (but did so very poorly and is a needless, pale imitation) and was successful in doing so. The King of Comedy is ahead of its time in a lot of ways, and with the increase in relevance has come an increase in appreciation. It received mixed reviews upon its release, but has since grown to be far more appreciated, featuring in many “greatest films” lists, and Akira Kurosawa even named it as one of his favourite films – high praise from one of the greatest directors of all time. 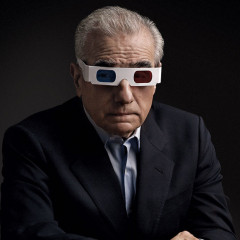 Martin Scorsese has had a long and successful career, directing 25 feature films and picking up numerous accolades along the way. Here, we rank his 10 best films and discuss each one.