Arts in the community is exactly what the name suggests — it's taking an art form (whether it be a theatre performance, a piece of music or an art exhibition) into a community of people and sharing it with them.

It's a way of working that is commonly used in towns and cities that don't have much arts funding, the general public in these places often having little or no access to the arts at all. Arts in the community is a good way of getting kids — who might have too much time on their hands and get themselves into trouble — to do something more productive, like putting on a show or making a piece of artwork that can be put up in their town. It gives them something to be proud of. Local kids and adults can learn new skills, that might develop into a new hobby for them and many people end up discovering skills they never knew they had.

It's also a very good way of bringing the community together. A good example of this is a show on Sky 1, that Diversity's Ashley Banjo hosted, called Big Town Dance. Ashley went to different towns that were suffering because of financial problems, and brought the community together through dance. Not everyone who took part could dance, but that wasn't an issue. The younger people helped the older people and by then end of it, a group of people that had lived in the same town for years and not spoken, became really close.

Arts in the Community is also a good way of spreading a message. The topic that we focused on in our performance was road safety. During our rehearsal process we watched videos, saw images and spoke to Cheshire Fire and Rescue about safe driving. We're hoping that by putting on this performance it will make people think more about how safe they actually are when they're driving — but there are so many topics that can be shown through performances, or music or art exhibitions. I think when people see videos of things that have happened they tend to take more notice because its real and happening in front of their eyes, so to do a performance with a certain topic in mind is a really effective tool for group of kids (or even adults) as the message is visualised —they're not just listening to an adult talk about the issue, they're seeing something and learning about it without even realising it.

Arts in the Community is a really good contributor to changing the world through art because even though the messages sent are often quite serious and sometimes dark, the message is got across in a way that's not boring and young people listen to it. If the Arts Council keep funding for this increasing, we can help young people who would otherwise be going down the wrong path, due to boredom in their town, and help them before what they do affects their future.

Image: A performance of 'Heroes with Dirty Faces', another collaboration between Manchester Camerata and Cheshire Fire and Rescue 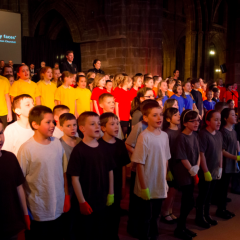 Changing communities with the arts 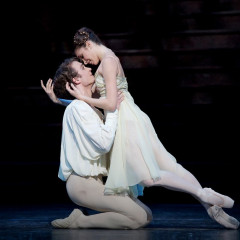