Astraea is a singer-songwriter, multi-instrumentalist and producer who has steadily been building a fanbase with single releases, live performances in beautiful surroundings including churches, livestreams during the global pandemic and even having the track ‘You’re Not Alone’ synced for the 2018 Lloyds Bank television advertising campaign.

2020 sees the release of her EP ‘Tonight I Run’ which features a collection of original tracks which showcase her maturity as a lyricist whether it is in the Steps-esque electronic pop title track which deals with overcoming adversity or the emotional self-examination of herself on ‘My Own Worst Enemy’ inspired by a conversation with a university teacher complete with lush piano played on a vintage 1900s Blüthner German piano.

The heartfelt ‘Nobody Loves Me Like You’ is partly inspired by Tommy James and The Shondells, an American band who used a Tremolo effect on the vocals and she has applied a similar technique on

In conclusion, Astraea’s ‘Tonight I Run’ EP is a strong pop release from a woman who has honed her craft and created material which is full of emotion and delivered with passion. Absolutely stunning. 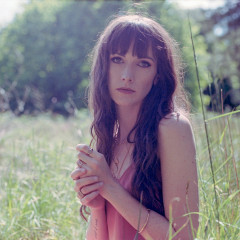 Astraea's 'Tonight I Run' EP is personal, passionate and heartfelt