The fabulous TT is back for this unique virtual Edinburgh Fringe show and every second of her performance is packed to the brim with musical comedy. This show is both observational, fun and lighthearted.

Tish ‘TT’ Tindall is back with her fabulous new show, belting out songs and humour with extra showbiz pazazz. The show consists of several original songs sung by TT, interweaved with a number of purposely-placed cliches. From fun comedic show tunes whilst frolicking in nature, abashed with sudden random half-nakedness in ‘Less Than Dressed for Success’, to a change of vibe into the solemn ballad alongside the black moody candle-lit ‘Live in the Here and Now’, the performance explores almost every cliche that exists in a satire of music videos and mocks our current expectations on singers and performances. All the usual suspects are here, such as running amok in nature, sitting at a candle-lit piano to deliver a power ballad and extremely scantily-clad female singers.

The content within this piece is relevant and responsive to our current predicaments, creating the almost obligatory ‘lockdown musical video’ while not exhausting the pandemic theme. It is both creative and unique, which explains why it has managed to capture such a large audience.

It also helps that it’s incredibly funny. Tish is not beyond some light ridicule whilst commenting on her own experiences as a 51-year-old being locked down. The songs manage to be both laugh-out-loud, self-reflective and heart-warming, bringing some frivolous positivity but also emotional depth to those watching from home.

The topics at hand are extremely relatable to everyone who has experienced everything 2020 had to offer. ‘I am Amazon-ian’ comedically explores the effect that ordering SO MANY Amazon parcels has on her identity, whilst ‘Live in the Here and Now’ sums up the mantra many of us have had to adopt during our daily pandemic survival guide.

All the songs are sung in musical theatre style, and Tish replicates the musical tricks and turns that make up so many musical theatre numbers to somehow completely catch the essence of so many Broadway and West End musical numbers. She’s mastered the formula that makes up a Broadway number and exploited it spectacularly. This show is precisely aware and reflective on what exactly constitutes a musical theatre showstopper and uses this to be very observational. It particularly draws on Stephen Schwartz and the legacy of Wicked in generating a particular style of dramatic power ballad and belting vocals, as shown in ‘What Ever Happened to an Evening with Stephen (Schwartz.)’

Displayed via video performance and shared via YouTube, it’s no wonder that this is one of the most viewed virtual fringe extravaganzas. It is a witty, wild and sensational one-woman show. If you love musicals, comedy and middle-aged life parodies then this is your jam. 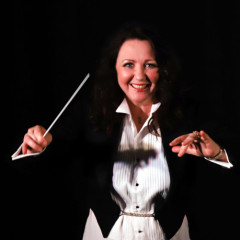 The fabulous TT is back for this unique virtual Edinburgh Fringe show and every second of her performance is packed to the brim with musical comedy. This show is both observational, fun and lighthearted. 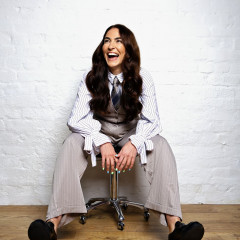