The new single by Electric Enemy has arrived!

Electric Enemy are a London-based band making music that you can’t help but be hooked by. Driving guitar riffs are met by perfectly crafted melodies, resulting in a grown-up sound that cuts through the noise.

Electric Enemy speak to a generation who have heard it all before and who demand quality and authenticity from their music; along with a sound they can revel in and songs they can relate to.

The bands’ message is born from their response to the world around them – with lyrics that tell tales of broken hearts, a broken world, and breaking boundaries. “Weep for what you see, bring back love and empathy/Tired of building walls, keeping out aggressive souls/Climb, step by step, focus on here and now/Tomorrow is a new day and you will have to carry on.”

Jim (guitars/lead vox), Orlando (guitars), Sara (bass), and Tom (drums) come together to create a sound which could be likened to Muse, The Killers and Queens Of The Stoneage but with artistry that means it could only be Electric Enemy.

The band have been busy in the studio working on their debut album with producer Sam Miller (Paloma Faith, Razorlight) and the collection of songs take the listener on a journey through alternative rock, indie pop and with more than one nod to an electro-pop sound that is playful in all the right places.

Invited by John Giddings to open the Main Stage at the 2019 Isle Of Wight Festival the band self released their song ‘Climb’ in celebration of the occasion.

Their live shows are powerful and clearly show a band with the energy and talent ready to take on the world – Jim’s voice has a distinctive tone with incredible range and the band are as tight as they get, with a chemistry that truly feels ‘Electric’.

Listen to the new single by Electric Enemy titled ‘Save Me’ on Soundcloud. 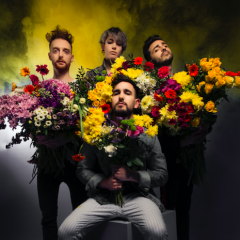 The new single by Electric Enemy has arrived! 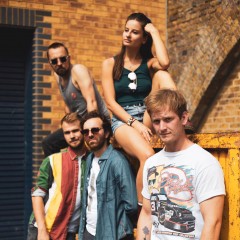