As previewed with the release of last month’s invisible EP and early single, “hey rose,” which The New York Times described as comprising “bluesy distorted guitar chords, a hint of Latin rhythm and perhaps a distant echo of the Zombies’ 'Time of the Season’,” aloha blends classic soul and old-school R&B into a timeless swirl fueled by gritty instrumental virtuosity and raw, raspy vocals.

Recorded at Paris’s iconic Studios Ferber with producer Renaud Letang (Feist, Manu Chao), aloha is Little’s first album to be recorded with an outside producer. The result is his boldest, most self-assured statement yet. It’s an ambitious work of vision and reflection, and an ecstatic testament to the freedom that comes from trusting the currents of life to carry you where you belong. 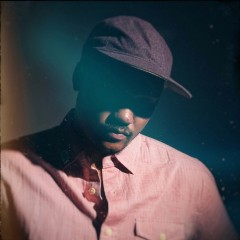