Now in fairness to all concerned, there were a few of the talks that I thought were really worthwhile. The future commissioner for Wales, Sophie Howe, spoke really passionately about how she is pushing legislation and change in order to build a Wales that is thriving both ecologically, culturally and healthily. She presented some interesting ideas about preventative medicine rather than supporting the NHS, and made me very proud to be coming from Wales as well as giving me hope that people are listening to what the younger generation has to say.

Another interesting speaker was Dr Johnna Montgomery who spoke about the benefits of erasing household and personal debt. Now personally speaking this is one of the driest topics out there, but she persuaded and engaged me enough that by the end I thought it a genuinely good idea.

The speaker of the day who made the most impression on me however was Darren Keenan, a young man who in the face of a lot of adversity including growing up in care and racism has pushed himself to become a real change maker and a strong voice within a marginalised community. He performed 2 short spoken word pieces that were powerful in their delivery and content, and then went on to talk about how to give the disenfranchised tools to become the leaders of change.

I should mention that my whole view of the event may have been somewhat coloured by the forced physical interactions and conversations at the start. 'Girl Gang Manchester' were great at helping the audience bond (in their albeit strange roles as 'time travellers' wearing what looked like clown hats), and they definitely helped pep up the audience in what can be a rather gruelling 3 hours of talks. However, for someone like me with anxiety and OCD talking and shaking hands etc. with strangers is literally my worst nightmare!

Overall I think that some great speakers helped elevate the event, but others remained bland and a bit dry, missing the key questions they were meant to be solving. I came away with some interesting new ideas and the future commissioner for Wales has definitely gained a new follower, but I felt like I missed out on any practical advice for changing the world and a utopia still seems very far away. 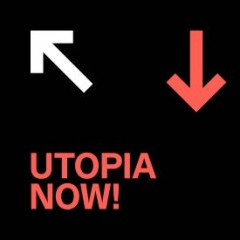