On Wednesday 29th May 2019, I saw School of Rock at the Gillian Lynne Theatre in the West End. I had seen the movie, and I enjoyed it, but it wasn’t my favourite. I had heard a lot of good things about this musical, but this production blew me away.

Craig Gallivan was making us laugh from the beginning; he was the perfect person to play Dewey Finn. He was enthusiastic about his music and his energy radiated throughout the theatre. From the beginning, I loved how he gave everything into his performance. You’d almost forget that this was an actor playing a fictional character and not a real person! Gallivan portrayed Dewey as a genuinely kind and caring person for the people around him (excluding Patty, obviously) and was devoted to his music. He was a delight to watch from the start.

Principal Rosalie Mullins is quite uptight and focused on her career, yet she wants to keep in her touch with her younger side. She has always loved Stevie Nicks and listening to her songs after a while causes the usually tense principal to soften and open up to Dewey at the start of act two. After seeing this production, I couldn’t imagine anyone other than Laura Tebbutt playing Rosalie. She captures the principal’s essence perfectly: all the little quirks and changes in tone are done effortlessly and flawlessly. Her reactions to everything change throughout the musical, leaving us loving her at the end of it. Her riffs were exquisite and beautiful. Tebbutt was fantastic from the moment she stepped on to the stage, and it is impossible to find a fault in her performance.

The story is a compelling and heart-warming one, to see so many children enthused about music, which gives them a passion for life. You’ve got Zack, the talented guitarist who wants to do what he wants and break free from this father’s pressure. You’ve got Freddy, who struggles in a lot of other things, but gives drumming his all. You’ve got Lawrence, who was relenting to join the band at first but is a major player at the end. You’ve got Summer, the once rule abiding, hard-working student turned into the band manager who is determined for them to win the battle of the bands. You’ve got Tomika, the shy girl who is new at the school and misses her friends but breaks out of her shell and has an angelic voice. You could go on, there’s Billy, James, Katie, Marcy, Mason, Shonelle, Sophie: all of these kids were passionate about music and gave it their all. Another thing to add, the kids playing Zack, Katie, Lawrence and Freddy played their own instruments and at such a young age, they sounded like professionals. These young people were the heart and soul of the show, and they deserve every congrats they get.

The dual roles in the show are the parents and teachers. Both of these parts suited the cast perfectly. The annoyance at Dewey when music is coming from his classroom as the teachers, with the worry when their children go missing towards the end of act two is performed beautifully; it was as if the actors were worried, not the characters!

As I said before, the story of School of Rock is heart-warming, but it wouldn’t be what it is without the soundtrack. Andrew Lloyd Webber once again created a sensational soundtrack leaving you in all sorts of moods and relating to these characters. “When I Climb to the Top of Mount Rock” is about the dreams you have that haven’t been achieved yet, but you are determined they will be. “If Only You Would Listen” is about growing up when your parents think they know what is best for you, but they won’t listen to you, no matter how hard you try to make them hear. “Stick It to the Man” tells you of how much the world will try to bring you down, you can always rise up and tell them where to stick their boring plan. “Where Did the Rock Go?” is about how you can sometimes let life pass you by, and only work and never play. This is one of the most emotional parts of the show, and how Rosalie is feeling during this song is perfecting conveyed through the lyrics. Lloyd Webber has created music for many iconic musicals throughout the years, and this is one of those.

This heart-stirring hit of a musical is one that will have you rocking, laughing, crying throughout. A show the whole family will love for differing reasons, but everyone will leave happy and having a love for rock. 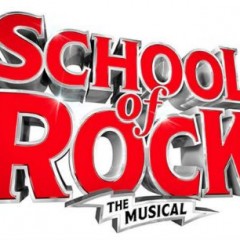