Was the (Phoenix) Force strong with this one?

Following from the events of 2016's X-Men: Apocalypse, we head into the 90s with X-Men: Dark Phoenix. 19 years on since the franchise began with X-Men, we have arrived at the end of the line. More specifically, a retelling of the 'Dark Phoenix Saga' that has arisen as a result of Days of Future Past (2014) changing the timeline and erasing the unpopular travesty of 2006, The Last Stand, hoping to make an improvement at the last attempt at adapting the comic book storyline. Without any other plots overshadowing Jean Grey and the Phoenix Force in this latest movie, has writer Simon Kinberg (who also makes his directing debut here) rectified the mistakes of The Last Stand, which he took the trouble to apologise for. But the big question is, has he done a sufficient job, especially as a first-time director and with the delays that pushed it from November 2018 to this year?

Well, my verdict is...a very sufficient job, in which the X-Men come into conflict with one of their own, Jean Grey (Sophie Turner from Game of Thrones). After she is struck by a 'solar flare' when she and the team rescues stranded astronauts in space, Professor X (James McAvoy) and his friends discover that the flare has affected her. In other words, it has enhanced her power, to the point that her psychic walls have broken down and a traumatic childhood memory has resurfaced. This causes conflict between the Professor and Beast (Nicholas Hoult), allowing for an interesting and engaging exploration of morals and if anything can be right or wrong, especially in regard to the individual affected. What happens next consists of a mission to find and help Jean, who encounters the D'Bari, an alien race lead by a mysterious woman (Jessica Chastain), who seeks the Phoenix Force (the flare) for her and the extraterrestrials' own agendas. While this iteration of the Dark Phoenix storyline seems to have improved on The Last Stand, exploring space and the cosmos while including callbacks and references to the comics and past movies, some of the characters are underutilised and underexplored, while Michael Fassbender's Magneto, otherwise known as Erik Lensherr,  has a limited journey and motivations that fall flat, despite the actor's well-executed performance and VFX-heavy battle scenes. Nonetheless, despite this and the slightly rushed ending to the film and the franchise, it was worth the wait. 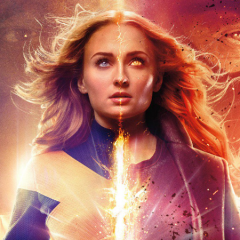 Was the (Phoenix) Force strong with this one?