A fantastically manic take on the budding sexuality

Girl World is the tangible showcase of a pubescent dreamland, a hysterical microcosm varnished in coming of age sexuality and neuroticism. One part delicate naivety, one part politically crude, this extravaganza of anarchic sisterhood substantiates itself as an ambitiously raw expression of blossoming femininity.

In a room submerged in a hazy, ethereal blue, you’ll find a panorama of Freudian appraisal. Bubbles blow in your face in a childlike nirvana, with the stage walls lined in torn and ragged fabrics; a humble magnetism flowing from the stitching. Yet in all their jubilance, these fragments of setting are somewhat minimalist in comparison to the environment’s more histrionic ingredients; It’s almost perplexing to decide what part affixes your glare fastest. Could it be the immense ‘d*ck chopper’ spelled in infantile writing? The moustached illegitimate child of Courtney Love situated in the corner, glamorous in his dishevelled, platinum wig? You’re swallowed in the violent gaudiness, and from this very beginning you know it will be an enthralling experience.

We are introduced to Tilly (Camille Dawson) and Inga (Serena Ramsey), the two primary occupants of ‘Girl World’; a seemingly figurative threshold interconnecting childhood and puberty. It’s in this imaginative province that the two dissect a multiplicity of subject matters that compel their interests: giving birth to octopus teddies, exploring ‘scrunchy holes’, shouting expletives in the type of the euphoria only a child could possess, all whilst chastising ‘stupid boys’. This leads on to the only imperative order within this mischievous realm: ‘NO BOYS ALLOWED’. Nonetheless, after receiving a love letter from the external world, Tilly yearns to inspect ‘the hole’, the performance’s most flashing innuendo. With Inga apprehensive to divulge into maturity, their relationship is put at risk with the imminent spectre that is the future.

Our actresses propel us into their universe, imbuing the atmosphere with their skilful capacity to marriage hilarity and emotion. Ramsey and Dawson make a sublime duo; embellished in their pastel dungarees, they flawlessly portray their personas with a stimulating uniqueness, making them an exceptional pair - even amidst the sea of aptitude that is The Fringe. Flailing limbs, erratic accents, intricate dialogue and manic chemistry, the couple have proved themselves to be the essence of the production; multifaceted threats with the prowess to seduce any audience.

I have always had a complex relationship with narratives that pivot on maturing young women, these stories often suffocated in problematic and derivative archetypes that recoil from a healthy authenticity. After all, can teenage girls - devoured in vulnerability - particularly relate to images of immaculate physicalities or the subliminal behaviours perniciously groomed by the male gaze? This is where Girl World, in all its rebellious audacity, rears its vulgar fist. Congested with filthy nuances, obscenities, musical numbers on genitals and candid friendships, this exhibition of girlish adolescence parades an unapologetic reality that the mainstream mouth is too gutless to articulate. Girls are dimensionally gross, sexually-infatuated and audacious; in equal measures, anxious and benevolent.

A frantic piece of theatrical art with feminist overtones, Girl World functions as a resonating retrospective which most women will no doubt discern their former selves within. 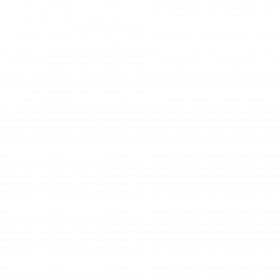 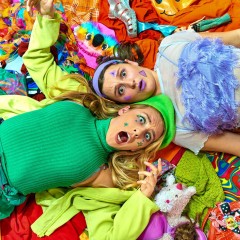 A fantastically manic take on the budding sexuality