Think 1/2 Monty Python 1/2 Morecambe & Wise with a sprinkle of psychedelic mushrooms on top for good measure.

To celebrate 20 years, Spymonkey’s first smash-hit show Cooped is revived and brought to us at the Worthing Pavilion Theatre as part of the Brighton Festival and a wider international tour.

What do you get when you drop a Spanish soap star, a plucky young heroine, a devilishly handsome English aristocrat and a witty German butler in a gothic mansion in the middle of fictional town Northamuberlandshirehampton? Exactly what you'd expect, utter chaos. We meet Laura du Lay, arriving in Northumberlandhsirehampton to work for the mysterious aristocrat Forbes Murdston, oblivious to the rather worrying tales that have been unearthed about him. What follows is a story of love, murder, bizarre dreams and a rather revealing dance number.

The cast (Aitor Basauri, Stephan Kreiss, Petra Massey and Toby Park) are superb, they leave no stone unturned to make the audience laugh and wince. Direction from Cal McCrystal (the brains behind the NT's smash-hit One Man, Two Guvnors) is fantastic, allowing the actors to use the set for gags effectively. A cardboard car cut-out, a horse head and an army of remote controlled Disney-like birds form a plethora of visual gags in designer Lucy Bradridge's grandeur interpretation of Forbes' home.

There are negatives to Cooped. Worthing Pavilion is not a small space (currently seating 700) and there were times, due to lack of microphones and poor projection, that gags were lost and drowned out; which is a shame as the first two rows that managed to catch the gags, roared with laughter. Key plot points were missed, and having seen their equally hilarious Complete Deaths (Minerva Theatre - Chichester) back in 2017 it feels as if Spymonkey's strength comes within their more intimate interactions with the audience - something that is lost in the Pavillion Theatre, however beautiful it is.

The highlight of the night without question was a striking dance routine that not only made my eyes hurt, but my stomach from laughing so much. Spymonkey are unashamedly themselves, a group not afraid to whip off their kit for a laugh. If the audience had not seen much of Spymonkey before, they certainly have seen them in all of their glory now.

Utterly clever, wildly unpredictable and stupidly hilarious. Spymonkey have established themselves as the reigning monarch of British clowning, think 1/2 Monty Python 1/2 Morecambe & Wise with a sprinkle of psychedelic mushrooms on top for good measure. Once you get past the mis-match with the venue, Cooped is Spymonkey's bonkers child. A must see. 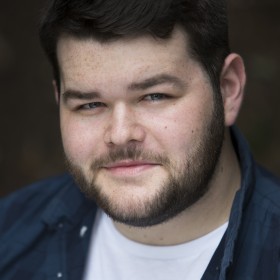 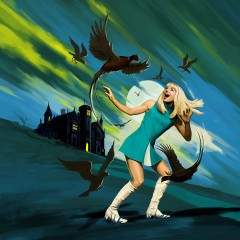 Think 1/2 Monty Python 1/2 Morecambe & Wise with a sprinkle of psychedelic mushrooms on top for good measure.