Fairytale nostalgia, desperate grief and the immense taboo of fear are stitched together with a delicate storytelling thread in Savage Heart Productions new play.

“Are you ok?” I ask a fellow lone theatre-goer in the front row. He’s taken off his glasses and is wiping away subtly sobbed tears. “The wolf never leaves”, he sighs with a sad smile. “It got me too”, I say, putting my arm around him. We’re two strangers, welling up in Sweet Werks 1. We have just come to the close of Rachel Mae Brady’s new play, Wolf Tamer. And it was fantastic.

Brady’s tale is one of love and loss. Her uncle Neil, her icon of both security and adventure, has died, and we are taken on an exploration through Rachel’s childhood and young adulthood, including interludes played out of Uncle Neil’s outrageous adventures, of igloos and tombs, of guitars and motorcycles, of flying. The piece is bookended with present tense visions of depleted mental health; agoraphobia, alcoholism, depression, and most poignantly, fear.

Put simply, Brady’s storytelling is beautiful. Her writing is descriptive and eloquent, full of detailed nostalgia and controlled emotion. Her paradox of dainty childlike innocence versus the trauma of adult mental illness is showcased so accurately through her fairytale analogy; so often used as a tool to express dark and light, she does so brilliantly in the concept of the wolf.

At first Brady’s stage presence seemed a little awkward, and uncomfortable. I initially contributed this to nerves but as the show progressed my perception was altered. Brady became undoubtedly more confident in character throughout the show, and as her persona aged. Whether intentional or coincidence, it certainly works.

Brady’s thoughtful use of props is impressive, a den blanket doubling up as an Egyptian tomb for one, and a fabulous use of character changing coats. I can’t remember the last time I watched something performed with such precision. Each movement, word, and action seemed perfectly placed. Oh, and an AC/DC intermission never goes amiss.

This show delivers what great theatre promises. It should leave you affected, hugging strangers and thinking about it on the bus home. Rachel Mae Brady has done something really special in Wolf Tamer. Not only has she produced a truly compelling piece of wonderfully written, entertaining drama, but she also encourages her audience to question their own adventures, their own wellbeing, and whether they have yet managed to tame their own wolf. 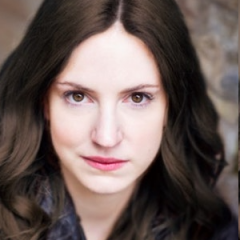 Fairytale nostalgia, desperate grief and the immense taboo of fear are stitched together with a delicate storytelling thread in Savage Heart Productions new play.