On Wednesday 18th July, Monday 6th August and Thursday 16th August, I went to see The Taming of the Shrew, Pericles and Macbeth in some of Cambridge's college gardens.

I liked the idea of having the plays outside because the actors could hide behind trees, the scenery was beautiful and the sun setting on the play was magical. I also enjoyed it when the actors went onto the stage from different directions as this made me pay more attention to what and where things were going to happen next, as well as that this made the audience part of the play because people were running through the path in the middle or on the sides of the audience. Furthermore, the costumes were great because each character looked different, it wasn't just their normal/everyday clothes, they wore proper costumes and the make-up looked amazing including the wounds which looked realistic.

On the other hand, in Pericles, I disliked how nearly every actor wore masks made out of what looked like cardboard. The masks looked like a child made them out of a cardboard box, I don't know if the actors wore the masks to show that they were playing a different character, but even so, they could have at least worn some proper masks instead of 'home-made' ones for amateurs. I also disapprove of the way the seats were laid out, I know this has nothing to do with the performance, but for two out of the three plays I went to see, the ground was flat; this meant that the people sitting at the back were staring at the person's head who was sitting in front of them instead of watching the performance as they just couldn't see past others.

I would recommend going to the Cambridge Shakespeare Festival to other people, because there aren't many plays that you can see outside and on a warm summers evening it's just the perfect way to finish your day. However, I think that if you don't understand the language Shakespeare used (they kept most of the language he used) or you don't know the plays he wrote, it will be much harder to enjoy the play. You wouldn't be able to understand some of the things the actors are saying and the plays are quite confusing/hard to follow if you don't know anything about them.

From this experience, I learnt that performing outside can actually make a play better because you will have a natural light on you instead of a stage light, you should use the surroundings as part of the play and to engage the audience even more, you can walk through and around them. 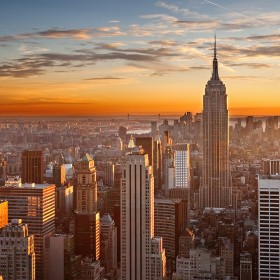 I am taking part in Bronze Arts Award. 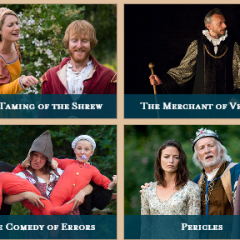 On Wednesday 18th July, Monday 6th August and Thursday 16th August, I went to see The Taming of the Shrew, Pericles and Macbeth in some of Cambridge's college gardens.