A two-woman re-telling of the personal yet universal story of creating, and losing, life.

"Wan In Wan Oot" is a warm and humbling collage of the intricacies and crossovers of life and death. I pop into the decadent space of The Southern Belle on Waterloo Street on a life-affirming sunny Thursday, happy to see the show, the posters of which had caught my eye a few days earlier. The blurb details the show as exploring ‘what happens to families when those we love come into our lives, and when they leave’ and it is those nuances which the two women portray so poetically. Interweaving nostalgic memories of their grandmothers with anecdotes about the ups and downs of conception and pregnancy, they interrupt each other and finish each other's sentences, as if re-telling these stories to friends over dinner.

Minimal staging with a conscious use of lighting and the occasional soundbite creates a three-dimensional atmosphere, allowing the audience to absorb themselves in a journey both personal and universal – life and death and everything in between. The play touches on the women coming out to their families and this creating a new lease on life, yet it's not the centre point - much in the same way how the couple conceive (hilariously awkwardly, it turns out) isn't fundamental to the play.

These anecdotes are all stop-overs on their continued journey, dissecting some aspects of life or cruising over others. Equally, the playful spelling of the title is a nod to Lorna's (and her Nanny's) charming Scottish accent, but this play could strike a chord in any corner of the world. The humour comes more from a shared familiarity; the bickering's of a couple; stupid jokes to ease hospital traumas; love in hindsight, rather than a comic endeavour. But I don't think the point of "Wan In Wan Oot" is to make you laugh. It's to make you wonder and smile. I know I did.

The narrative itself is worthy of a much larger audience, yet the raconteurs themselves seem more comfortable in a smaller, cosy environment. At the end of the show, Leanne steps into the audience to chat and I comment that the show is humbling, to which she replies ‘It's ordinary. Just about the ordinary'. Yes, they explore the everyday ordinaries but they have turned their story and the narratives of life and death into something extraordinary. 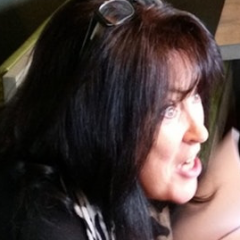 A two-woman re-telling of the personal yet universal story of creating, and losing, life.