At first glance, a lip-sync show may seem to be a strange conceptual basis for a semi-autobiographical piece of theatre. Yet Rachel Causer’s hilarious and emotionally poignant examination of modern femininity shows it is an idea bizarre enough to work. Under the direction of a pre-recorded tape, Causer explores what it means to be a “funny woman”, as well as examining the strength and complexity to the range of female comedians who inspired her.

The significantly limited space of the stage is littered with an array of carboard boxes and plastic bags, all representing different periods in Causer’s life, which she explores via the recorded audio of her own voice, who candidly and humorously dissects the exterior persona and interior reality of her past self. Opening the boxes, Causer’s audio reveals what each portion of her life influenced her journey of self-discovery as a comedian and performer.

Each box is littered with screwed up paper notes of insecurities or antagonistic questions posed to her throughout her life, each chucked onto the floor as she examines her journey thus far. Mementos of her past self in the form of diaries, perfume bottles and old mobile phones are also removed from the boxes, marking the extensive physical vulnerability of her self-examination. Elements of her previous identity broadcast onto a white screen at the back of the stage; the audience learns 25-year-old, 20-year-old and 15-year-old Rachel’s favourite word, most common phrases and pictures from her youth. One of the most emotive moments in this self-examination occurs upon examining the boxes from her 15 year old self. Each one is full to the brim of screwed up paper insults, insecurities and doubts which she flings across the stage as each self-hating and judgemental phrase repeats over and over again on the audio track. It is hugely touching and vulnerable to watch Causer confront the insecurities and expectations that start at such an early age from learning to become a woman.

Each level of Causer’s exploration of her previous experiences, insecurities and identities is interspersed with vivacious and hilarious lip-synced interpretations of sketches by female comedians who have inspired her. It is during these segments of the piece in which Causer’s performance abilities really begin to shine. She utterly transforms into every comedian she embodies, through their posture, physicality and to even the most minute facial expressions; she truly captures the comedic essence. Whether Amy Schumer’s authentic proclamations of body positivity and self-acceptance or Andi Osho’s disillusionment with the rituals of modern dating, each sketch reflects the segment of Causer’s life the boxes had previously depicted, allowing her to demonstrate the solace to be found in looking up to the comedic female role models around us.

A combination of self-deprecating and intelligent humour, as well as a potent vulnerability, Causer’s latest performance exposes the reality behind not only how our own personal growth is marred by expectations of the roles women need to fulfil for society, but also how they impact even our greatest heroines. 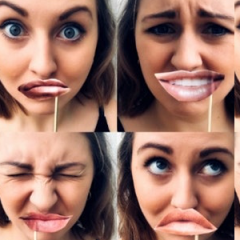 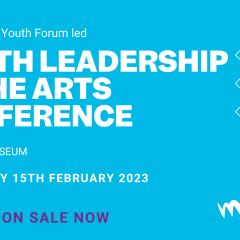