An improvised look into the ups and downs of modern romance!

Between Us is an improvised piece of theatre, and as such, every performance is different. Rachel and Alex begin by asking the audience to say an unusual fact about an Alex or Rachel they know and use one or two of these as the basis of the storyline. In the performance I saw, suggestions included a Rachel who lived on a boat for five years and an Alex who is training to be an astronaut. The rocket scientist was the chosen suggestion for the performance I saw.

Improvisation is very tricky to pull off, especially since the suggestions could have been about any number of things and you would have to have knowledge on a variety of topics. Fortunately for Alex, he said that in real life he had a career or was studying something similar to this. I feel this really benefitted the performance as he was able to talk about the technical sides and the realities of the secluded tasks that need to be done to prepare for a career as an astronaut.

The piece itself felt very raw and natural, including 'ums' and 'ahs' in their speech and monologues. I suppose to some people this would have lengthened the performance too much but I thought this added to the character of the piece, whether intentional or to simply think of something to say.

One of the most refreshing things was the way they both wanted the piece to show the ups and the downs of romance, including the discussions of some often taboo topics including miscarriage and abortion (or at least in the version I saw). The individual's monologues were opportunities to gain insight into their characters thoughts and feelings, some which they may not say in the context of the main performance.

Overall, the piece did exactly what it set out to do, show a relationship between two people with raw honesty. In just under an hour, the audience saw a couple meet, fall in love, move house and argue sometimes. The ending felt natural and left the audience with some unanswered questions and the ability to continue that story in their own time, however they would like. 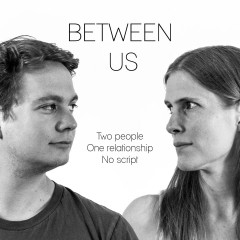 An improvised look into the ups and downs of modern romance!