On the 20th of February 2018 I attended a music showcase event, that was run by Creative Arts East, with a group of Year Nines and Tens from my school. It was a very interesting day and it was great to be able to both see groups perform and also take workshops with them.

The first group we saw perform was Zoe Gilby, a jazz singer, and her band, which on that day consisted of her (vocals), Andy Champion (double bass), and Mark Williams (guitar). One thing that I liked about this was their covers which they had altered in order to make them more jazzy, meaning that they were more interesting to listen to. Throughout the performance, the stories behind the lyrics of the songs - both their own and covers - meant that it was very unique and special. I think that most people would enjoy this type of music. This is due to the fact that, even though it is of the jazz genre, it is quite contemporary, making it more accessible to all. Overall, I liked the fact that all of the instruments were able to be showcased well and the visuals being reasonably simple meant that I was able to focus more on what it actually sounded like. In conclusion, this performance was a versatile showcase of jazz music which was very individual to the group.

The next group that we saw was She'koyokh. This was a prize-winning band that played klezmer and traditional music from the Balkans and Turnkey. I liked that this performance was full of energy and that it showcased a style of music that not many people are aware of. Also, what made it special was the unique mix of instruments - the whole band is made up of vocals, clarinet, violin, guitar, accordion, double bass and percussion. People who enjoy listening to world music would especially like this type of music, however I would say that most people could enjoy it in some way or another due to it being so different to what is usually heard today. One thing that I found interesting about this type of music was the fact that it showed off the instruments in an unusual way - for example the percussionist performed, in a way that isn't usually seen in Western culture, by using the sticks in an interesting way. Overall, the performance was constantly filled with maximum energy.

The final group we saw was Hen House, a six piece band that usually plays music to zero to five year olds. This was interesting because  of the new twists (including ska reggae and calypso) that had been put on well-known children's songs. Young children would probably enjoy this the most, just because of the fact that it is music that is aimed at their age group. I think the colourful instruments would appeal to young children. Furthermore, the choreography, though quite simple, was very effective in engaging the audience. In conclusion, this was an engaging performance that has the potential to be enjoyed by everyone even though it is aimed at young children.

After the performances, we were given the chance to take part in three workshops - one with each of the groups. In the Zoe Gilby workshop, we created a human drum by using our voices to create lots of different sounds. For the She'koyokh workshop, we learnt a traditional Bulgarian song, and with Hen House  we were able to sample a workshop that is usually done with young children at events. All three of the workshops were great fun, however all for different reasons.

Overall, the day was very enjoyable and I would like to thank Creative Arts East for running it. 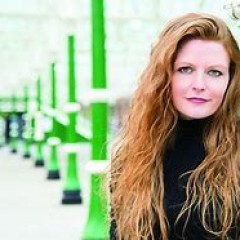 On the 20th of February 2018 I attended a music showcase event, that was run by Creative Arts East, with a group of Year Nines and Tens from my school. It was a very interesting day and it was great to be able to both see groups perform and also take workshops with them. 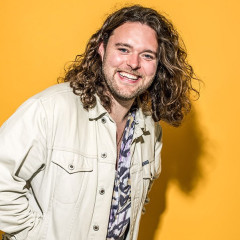