Being a founding member of one of the most iconic new wave bands in history, music mastermind David Byrne continues to contribute to the industry after decades of staying active, with his most recent album American Utopia having been released earlier this year. Here's what I have to say about it...

It is very difficult for me to think of David Byrne without shortly after being reminded of Talking Heads. I imagine this would be the case for everyone else - unless, perhaps, you were born in the 90s and your parents only ever owned a David Byrne solo album... There is a good chance that you may have heard a Talking Heads track or two being played around you at some point even if, like me, you have not been around for anywhere near as long as they have, even after the band's eventual departure. They can be most recognised through songs such as Once in a Lifetime, Psycho Killer and Burning Down the House. Ultimately I discovered and 'experienced' their sound through their iconic 1984 concert recordings of Stop Making Sense, where shortly after I felt influenced to buy a few of their studio albums, and I couldn't be any happier for doing so.

I learned that musician Brian Eno had collaborated with Talking Heads throughout a number of their albums, which led to my discovery of Byrne and Eno's album My Life in the Bush of Ghosts, an album that I favour for its ambience and use of various old sound recordings taken from radio and television - something that another modern band I had just gotten into around the same time was doing a lot of, who for the record go by the name Public Service Broadcasting.

Admittedly, this is the first album by Byrne himself that I now own. I had not listened to his previous solo music prior to this release, and was not sure what to expect when I heard this was due to be released - I didn't have a doubt that I would like it, and though I've listened to it many times throughout the 2 months it's been available, my first experience with the album felt like an explosion of ambience similar to his work with Eno, combined with the 'nonsense' singing he once created with Talking Heads. With this in mind, I am very confident Talking Heads fans would really appreciate this album, and if you've heard any of the two albums Byrne and Eno collaboratively released, you will surely find a renewed version of those works.

If you are unfamiliar with either Talking Heads or David Byrne, I would consider this album to be a good starting point for listening, perhaps moving to Talking Heads' Remain in Light from there, or vise versa. 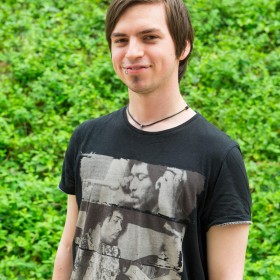 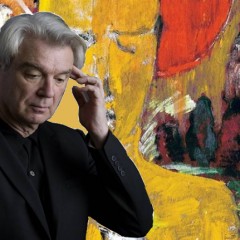 Being a founding member of one of the most iconic new wave bands in history, music mastermind David Byrne continues to contribute to the industry after decades of staying active, with his most recent album American Utopia having been released earlier this year. Here's what I have to say about it...