Founded as a safe space for marginalised poets often left out of mainstream performances or included to tick an equality and diversity box Other Voices Spoken Word Cabaret is the best kind of 'other'. A platform both for more established spoken word artists to guest speak, as well as offering an open mic slot for those who've come along – the show was dynamic and exciting.

Hosted that day by Fay Roberts, a multi-talented artist and incredibly friendly compere with performances from Hannah Raymond-Cox who jumped on the open mic one year and was never allowed to leave (!), Hannah Chutzpah who speaks with unrelenting passion and sensual sensitivity and an incredible improv poet whose name I wish I'd caught. Hannah Raymond-Cox and Hannah Chutzpah also have their own solo shows.

The show was successful in a multitude of ways, the welcoming atmosphere really helped to underscore their safe, inclusive intentions and the confidence the three individuals had volunteering for the open mic is evidence of that. The open mic slot alone is reason to go, the unpredictable nature to it and the talent that could only be uncovered within such a comfortable show is inspiring. The eclectic trio of those that performed as part of this really highlighted the necessity of the show, addressing topics such as sex work, belonging, and those who identify LGBTQ+.

The regular and guest performers were equally as rousing, combining soft-spoken eloquence with passion and heartfelt emotion the significance of the words rang true with every member of the audience. The content of each piece was fantastic and we were even treated with a brand-new poem from Roberts, who'd written it just the night before. At some points during the show the changeovers were slightly delayed and messy, but the impact of this on the overall quality was minimal.

Other Voices Spoken Word Cabaret is a cuddle and sobering shake of the shoulders all at once, an entertaining hour overflowing with creative energy. 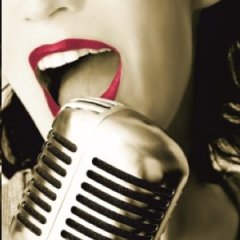