That's not her name

The possibility of an Irish Passport is hot on everyone's lips at the moment; I've heard the phrase 'Brexit means Brexit' more times these past few days at the Fringe than I have in the media. Cue stand up comic Gráinne Maguire, born in the Irish Republic, now resident in London who humorously recounts her experiences of Ireland and whether getting involved is really a good thing.

Having Irish heritage myself I could see parallels between her family life and mine, in fact it turned out an audibly large number of audience members had one of those famous 'Irish grannies' too. Drawing from politics and the perhaps surprising social differences across the water, her content was enjoyable and applicable to most people's lives. A particular point of interest to me was the possibility of her deportation as a citizen from the Republic, rather than one of the United Kingdom and how that plays on our unconscious misconception of those from the rest of Europe who might face the same issue.

The title of her show Gráinne with a Fada, (a fada being the acute accent to elongate the vowel sound) cleverly encapsulates the differences Maguire has experienced between English and Irish culture, and equally the differences many other people may face when immigrating to England. This was reinforced through the show using her name, which pronunciation is problematic in England, as a comedic vehicle.

The shows successes lay within the content, however as a whole it failed to deliver on its intentions. Maguire's delivery was uncomfortable and unconvincing, particularly as she picked on one member of the audience for much of gig – disengaging the rest of the audience. It was a struggle throughout the show not to zone out and I found myself defaulting to a half smile or laugh, rather than feeling genuinely tickled which is a shame as I believe that as a writer and comedian she has promise.

For tickets and further information, visit the Fringe website. 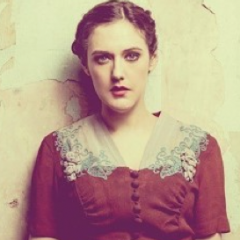 ​​Gráinne Maguire: Gráinne with a Fada

That's not her name