The National Youth Theatre have celebrated their 60th anniversary this year and so we were definitely looking forward to watching 'Pigeon English', based upon Gbolahan Obisesan's adaptation of the Man Booker shortlisted novel by Stephen Kelman.

As I walked into the theatre on Tuesday for a matinee performance of Pigeon English by the esteemed National Theatre REP Company, I was greeted by a swarm of rambunctious teenage boys. And Sir Ian McKellen.

Thankfully they did not talk all the way through the performance, but to the lovely youthful readers reading this, please turn off your phones at the theatre.

What is the National Youth Theatre REP Company? A course which offers free practical, industry-based talent development in dramatic performance for 16 NYT members, for nine months.

In the year of their 60th anniversary, the NYT decided to follow the theme of 'youth violence' for their REP productions which, alongside Pigeon English, included Romeo and Juliet and DNA by Dennis Kelly. I managed to speak to the NYT at a theatre convention last week and youth violence doesn't spring happy birthday memories to my mind. Instead I feel that the NYT are still trying to go along with whatever's on the school syllabus this year, to sell tickets. Of course I think the company can afford to do something niche next year as the talent of the cast will instantly sell tickets anyway.

Pigeon English, based upon Gbolahan Obisesan's adaptation of the Man Short-listed novel by Stephen Kelman draws comparisons from the heart-breaking case of 10 year old Damilola Taylor, who died in 2000 due to knife crime. The play follows the story of Harri, the Ghanian Year Seven trying to fit into the new world of South London as both a physical outsider and a youngster, still finding his masculinity and how to identify in very mature settings. In particular, his initiation into the world of sexual experiences is graphic, as he is helpless to the powers of the older, glamorised girls his sister Lydia (unwillingly) befriends. Anna Niland's direction is both a trick and a treat at times, as a scene of this nature could have been portrayed as traumatising to an audience. Instead, maybe this was due to the young boys in the audience, it was hilarious as Maquita (grotesquely played by Arianna Beadie), the older more sexually advanced teacher, was a bit like Nessa in Gavin and Stacey. Niland did a good job at covering the dismay in this walk of life, but there were some instances where it was not covered up so well and the audience weren't sure whether to laugh at the preposterousness of the suggestion or gasp.

The plot is very long and drawn out and it is not until the second act that we realise Harri is suddenly a detective searching for the murderer of his young cousin, however I did not really care. The cast were vibrant, energetic and explosive with their snappy physical theatre sections, with fiery Carnival and church scenes stealing the spotlight. In fact, in order to relieve a very tense family situation, Niland has the child protagonists, Harri and Lydia, burst into a music video number 'I Wanna Be Like Julius'. It was spontaneous, but I liked it and actually wanted to jump up and join in. So, as the bleak, inescapable life is portrayed throughout the tough themes of sexual abuse, peer pressure and of course feeling like a youthful outsider, Niland has tinged together brutality with hope and there is no doubt that there is always something there to help us get through the struggles we face in life.

In terms of the performances, I did see a stand out talent in Nathaniel Wade and I have been scouring away online to find his name to give him his due credit. How can one play a dog, Pastor and Papa and still manage to back-flip off of the set? I'm his new biggest fan. Of course the lead, Seraphina Beh was fantastically cheeky and childish as Harri, but I also thought that more ideas could have been played with within the script. For example, Julius, a rent collector is seen asking his girlfriend to clean his baseball bat. The domestic violence implicit in this relationship wasn't expressed enough.

Charlotte Law is a talented young lady from my home town, but I felt this performance did not play to her strengths. She played a pigeon poet acting as narrator - but this became contrived and was annoying to watch. I didn't like the random monologues she was given about misogyny or injustice, which instead made her a bit pointless to the rest of the plot and instead felt like the audience were being lectured.

For the villains, the tough street gang crew 'MFC' - I felt there were too many clichés and the beatboxing came off as a bit irritating when done every scene. Articulation was a bit of a problem for the cast as some could not project themselves effectively, so jokes such as the one about happiness were lost as we could not understand the cast.

Overall, I would jump at the chance to watch Pigeon English again. I didn't feel at all like I was watching a social commentary, instead I watched a child's perspective of their urban world. If I was not there on the final performance date, I would have booked a ticket for the next day.

The National Youth Theatre of Great Britain is an Arts Award Supporter. You can see their profile here and they provide advice to all Bronze participants. 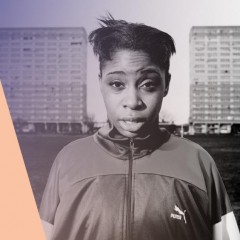 The National Youth Theatre have celebrated their 60th anniversary this year and so we were definitely looking forward to watching 'Pigeon English', based upon Gbolahan Obisesan's adaptation of the Man Booker shortlisted novel by Stephen Kelman. 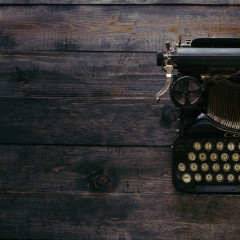