Rough around the edges but with plenty of potential

At only 20 years old Ed Night has a lot of potential. His show is full of amusing anecdotes and giggle-inducing one liners. His material focuses mostly on his own life, his family and his home in South London, and he moves seamlessly from one topic to the next.

Unfortunately his show was cursed with very vocal audience members, however Night dealt with this well, with his responses to interruptions more funny than some of his actual material. He was particularly good at reacting and improvising which felt more natural than his scripted work. This may be because in some places his lines weren't quite refined, with his tone of voice slightly off for delivering a punchline. Equally later in the set, Night could have bypassed his explanation of Tinder which is now so mainstream that it really wasn't necessary.

The ending of the show fell a bit flat, and it seemed like we had missed a punchline, again probably something that just needed to be a bit more refined. However, Night did have some good lines and, particularly when making political or social quips, sharp insights. He stays well out of controversy, mocking both sides of the political spectrum which will work in his favour being so young, as he has the insight to be able to critique his own generation.

Even within Night's short set it was clear that he has a lot of promise, and with a bit of work, he could prove to be a very good comedian.

Ed Night is performing at Gilded Balloon at The Counting House at 17:30 until 28 August (excl 15). Tickets and more information can be found on the Fringe website. 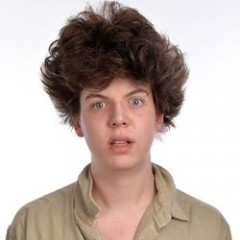 Ed Night: I'm amazed it has a title

Rough around the edges but with plenty of potential