A creative and experimental blend of puppetry, physical theatre and animation that tells the story of a grief-stricken man, his relationship with his neglected child, and his attempt to rebuild his lost wife.

Melancholy tells the story of a man (Stephen McCabe) consumed by grief at the loss of his wife, who attempts to rebuild her amid his faltering relationship with his child (a puppet, moved by Laura Romer-Ormiston and Sarah Morgan) whom he has neglected. The puppetry and McCabe's unspoken performance (accompanied often by well-chosen music) combine with Emily Knight's otherworldly, gothic animations.

The animations are the main driver of the narrative, airlifting the audience into the key scenes of the story. While they do this effectively, it does sometimes feel like overreliance. However, once this burden is lifted from the physical scenes, they are left freer to explore the characters' emotions.

These scenes are charming, and sometimes funny. The characters flit between playfulness and despondency, and the father's interaction with his child is genuinely touching. The universal themes of grief and family, along with there being no dialogue to decode (no words at all, music notwithstanding), mean the show is very accessible.

It's simplistic, but it's not patronising. It's easy to relate to on a fundamental human level, and all facets of the performance succeed in evoking genuine emotion; it's impossible to not feel touched by the end. Perhaps oddly, the puppet is a huge source of this humanity. Her childishness is shown beautifully, in her glummer moments as well as her happier ones. Her hat-stand dance sequence (now you're hooked) is a particular highlight.

The audience is sometimes dragged out of the moments of onstage silence as the noise from other Fringegoers permeates the Theatre Box, a repurposed shipping container with not quite enough soundproofing for busy evenings at the Fringe. Some of the physical action is also hampered by invisibility; neck-craning is another unfortunate by-product of the venue's limitations.

Anything this experimental necessarily takes risks, but Melancholy has come together as a delightful and complete show. Certain Dark Things, after running their first ever production at Brighton Fringe last year, and winning a Brighton Fringe Award in the process, can consider this year's offering another success. 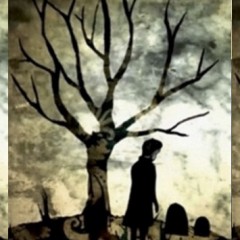 A creative and experimental blend of puppetry, physical theatre and animation that tells the story of a grief-stricken man, his relationship with his neglected child, and his attempt to rebuild his lost wife.