Voice MagReviewsA Glass of Nothing

The audience arrive into the Warren: Theatre Box with Beth Symons already on stage -p outing for non-stop selfies and only taking breaks for bites of her snack. Lights down and we are introduced to an unfulfilled woman. A passionate actress stuck on stage who wishes for nothing but everything. Prompted, she is forced to take a sip from the feared glass of nothing. A sip grants one wish and due to the lack of anticipated likes on 'THE' selfie, she wishes to be beautiful. Beth beautifully portrays that beauty is but of course, only skin deep. However she manages to mesmerise young naïve Ben (Dylan Corbett-Bader) from the audience - much to the displeasure of his disgruntled girlfriend (Kitty Underhill) he follows Beth and is cast under her spell.

Dylan received roaring laughter from the audience with his nailed comedic timing and with the introduction of Kitty Underhill the comical dialog flows between the couple, the stage continues to bounce with energy.

The play speaks for itself – like 'sunlight on a wave' – there were moments in the play that left me a little confused and meanings that remain a mystery to me; some parts were lost away at sea. However dark humour playfully dances on the thin line between imagination and reality. Drowning in beautifully written monologues – it charms, pouts and glitters. 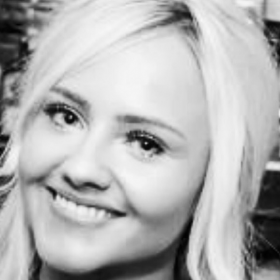 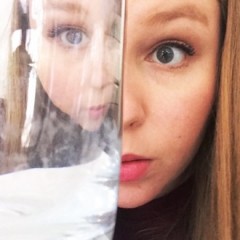 A Glass of Nothing