It's not often you hear personal fortune described as 'unlucky', but that's exactly how the lovely, sincere and honest Laura Lexx initiates her show. Having suffered from no breakdowns, no traumas and no parental breakups it seems she feels her inspiration for comedy material is somewhat limited. Now, before you begin to hate this woman for having a life lacking in negative drama, it must go on record just how endearing she is as a performer, and not just this, but truly entertaining too.

The show centres on this happiness, but also focuses on a slightly less blessed period of her life. From dinner at Disney World to Irritable Bowel Syndrome, her performance encompasses a series of narratives, as she weaves them together to create a comedic tale.

Her stage presence is a prominent point, nervous but energetic she moves around with animation, engaging the audience and allowing for an open atmosphere. She is subsequently rewarded with a dialogue between herself and some of the spectators, a nice touch which really adds to the air of authenticity surrounding her.

Generally, I feel the show was a success. I thoroughly enjoyed my time with Lexx, feeling an hour's insight into her merry life wasn't enough and could've happily sat through more. With regards to the title of the show I feel 'lovely' is perhaps too muted to describe this comedienne. 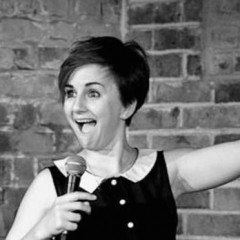