Canadian comedian smashes it at the Fringe

John Hastings was prematurely born, and spent a lot of his childhood being mollycoddled. He falls over a lot, struggles with hand-eye coordination, and when he gets tired, talking becomes a big game of risk. He was recently chosen to be his nephew's godfather, and he had some doubts.

John was an amazing comic. He was very successful at relating with the audience. His interaction was on point, and he handled the few hecklers with grace. His softly spoken voice enthralled us, pulling us in, leaving us eager to see how each tale concludes.

During our hour in John's company, we also heard about his relationship with his father, which was strained and fixed by a single joke. It was a touching moment, surprisingly raw and really worked to bring the different elements of his show together.

He unapologetically cajoled us into loving him, which is most un-Canadian. The audience were constantly in stitches, and even the horribly drunk would-be hecklers eventually just hushed up and appreciated his set for what it was, a well crafted hour of comedy that will keep you holding your sides throughout.

John Hastings is performing at the Pleasance Dome for the whole of August. Tickets and more information can be found on the Fringe website 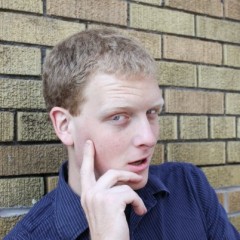 John Hastings: Marked from the Start

Canadian comedian smashes it at the Fringe 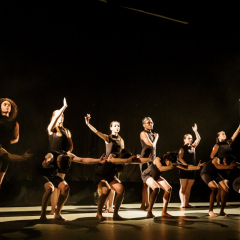