With a long line of bird fanatics before her, 'Harriet' weaves a detailed narrative.

With a falcon named Jester, an old money protagonist Harriet, a yoga teacher, therapist and nutritionist, this show really tells a comedic story. Lily Bevan's one-woman show encompasses a series of humorous themes as we go on a journey with her, sparked by Jester.

The show was packed, every seat filled with the audience captivated by her chronicle. Whilst advertised as a comedy act, Bevan manages to incorporate performance art, acting, and wit all in one, a promising mix, especially when considering this as a solo piece. Utilising set design, props, film and audio aids to create an interactive atmosphere I was sold, and so were the rest of the audience.

Despite this, some of Bevan's jokes fell flat, noticeable not just to me, but other spectators too, with there being a notable split between those who found certain scenes funny, and those who did not. It must be noted that the theatre element to the show was very well executed which I must give her credit for, as her acting was spot on, yet unfortunately, her comedy just didn't hit the mark for me.

Overall, I found the show to be a well-rounded piece of drama, but perhaps it didn't live up to the hype created by other reviewers.

For tickets and more information visit the Fringe website 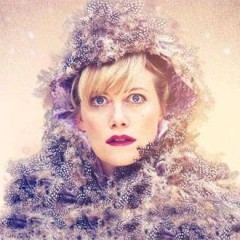 With a long line of bird fanatics before her, 'Harriet' weaves a detailed narrative.