The Weight of Blood is a chilling and suspenseful retelling of Stephen King’s Carrie through a racial lens.

Tiffany D. Jackson is a bestselling author in the world of YA storytelling and a master at suspense fiction. The Weight of Blood is her most recent novel and is as innovative and enthralling as her past works. The novel follows biracial teen Maddy Washington who has been passing as white her entire life, at the behest of her father. Maddy, who has always been a target for bullies in the small town of Springville, becomes the subject of torment when a rainstorm reveals her racial identity. After a video of the racist taunting at Maddy’s high school goes viral online, student leaders devise a plan to host the school’s first racially integrated prom to showcase unity. As the ultimate ‘apology’, Wendy, a popular white student, also convinces her Black quarterback boyfriend Kenny to take Maddy to prom. But in so doing, Wendy unknowingly orchestrates a massacre.

The Weight of Blood is an excellent novel, with every page filled to the brim with suspense. Jackson’s use of podcasts throughout the novel was particularly effective. The podcasts, which include interviews and research studies surrounding the massacre, work in a way that slowly reveals the events of the night whilst also exploring its effect on society. The podcasts also include conspiracy theories, leaving you eager to devour the novel and discover what truly happened. The standout quality of the book, though, is the racial twist Jackson puts on Carrie, which was inspired by her research into proms. Through her research, Jackson discovered that in 2014, Wilcox High School in Rochelle, Georgia received national attention for hosting its first-ever racially integrated prom. Most shockingly, segregated proms still exist today in Arkansas, Georgia, Louisiana, Mississippi, South Carolina, and Texas. It was great to see how Jackson takes King’s Carrie and uses it to expose how segregation persists today.

In addition, it was also wonderful to see the depth Jackson gives to Maddy’s character. Throughout the novel, Maddy goes on a journey of self-discovery and development as she comes to understand her racial identity and her telekinetic abilities better. Her abilities, in a sense, become a gift endowing her with the power to finally stand up to her white father. A father who has gone to extreme lengths to condition his daughter to despise her Blackness, forcing her to worship white women in her ‘prayer cupboard’. Seeing Maddy finally come into her own and develop the self-confidence needed to embrace her true identity was especially powerful.

All in all, The Weight of Blood is a forceful twist on Carrie. The true horror of the novel lies not in the massacre and Maddy’s telekinetic abilities but in the horror of American racism.

The Weight of Blood will be available to purchase in the UK from September 15. 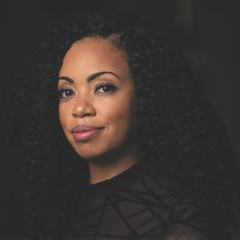 The Weight of Blood by Tiffany D. Jackson

The Weight of Blood is a chilling and suspenseful retelling of Stephen King’s Carrie through a racial lens.