Lightweight, an autobiographical one-woman show by Amie Enriquez, begins in addiction treatment centre. Amie has wrested control of the group sharing session. It’s a chance for her to put on a show, to command the stage, and tell her story as she sees it. Initially the group were sharing their experience of living with addiction. Amie, on the other hand, has other ideas. She’s keen to put a positive spin on the eating disorder situation keeping her here at the clinic. She’s very entertaining. In fact she’s on a roll. Is this what addiction looks like?

Anorexia doesn’t care about perspective. It’s one of the many insights this play gives us into a complex and tenacious condition that is difficult to uproot. Amie the Performer, whose show we’re watching, is a captivating storyteller. She’s bold, affable and witty. Her frank, convincing storytelling is marvellously entertaining and all the more unsettling for its smiley humour which often masks the seriousness of the situation.

Unfortunately, Amie the Inpatient (the Amie who chugged a bunch of laxatives and got caught short in River Island) is just as convincing as Amie the Performer for all the same reasons. Earlier in the show we watch her ration out peanuts - literal, individual peanuts - for dinner in her flat in New York. Simultaneously, two planes crash into the World Trade centre. Amie doesn't falter and continues calorie-counting in the face of crisis.

This warped sense of perspective is terrifying. As an audience, we find ourselves silently willing Amie to consider things in proportion. But proportion is exactly the problem, physically as well as mentally. It’s heart-breaking to watch and the play insists on keeping us at arms length. For the most part, we’re like a fly on the wall, a helpless observer to whatever happens next.

A celebrity ghost delivers a prophecy in the style of A Christmas Carol. We already suspect the prognosis is dire and anticipate the news with bleak resolve. It’s the first time in the play that Amie fails to outmanoeuvre the weight of her theme (Lightweight hopes to be light in tone as well as ‘light’ in other ways). The show knows this is problematic, like an inappropriate pun. Sometimes it lands, sometimes it doesn’t. The humour of the play is much the same, as it struggles to keep pace with the drama. The most absurd bit - a hallucinatory flirtation with a floating pink cupcake puppeteered by Amie - undoubtedly steals the show for smuggling joy into even the darkest moment.

Lightweight brims with charisma and charm. It's insightful and full of hope, without compromising on the true story of Amie's life. Like the drawings she makes in rehab, it's not all sunshine and rainbows. Every picture has a shadow figure lurking amongst the colour and vibrancy of the scene. A vulnerable and entertaining dark comedy. 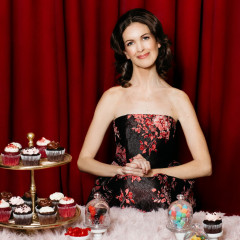