‘Gallivant’ is Rajiv Karia’s exploration of your dream life versus your real life, how you thought you’d turn out and how you actually did.

Vegetarianism, flat earth conspiracy theories, Pret subscriptions and arancini are just a selection of things you can expect from Karia’s debut at the Edinburgh Fringe. With a smooth-talking style and city hipster style, Karia reflects on the expectations his younger self had for his life. This show is well-constructed, planting jokes and bits that pay off much later, like the roman numerals joke that kept cropping up at the most unexpected moments.

Karia was also able to set up an interesting central story of wanting to be like his dad, idealising his dads ‘adventure’ to the UK from Uganda. Karia also dreams and sees wondrous things, experiencing new cultures and trying food. But towards the end, in a recreation of a phone conversation with his dad, he reveals that his dad wasn’t an adventurer, he was a refugee, forced to leave Uganda and immigrate to the UK. I thought it was really clever as it showed a sort of naivety and development to Karia’s understanding of the world and his privilege. I think there was a real opportunity here to develop these thoughts as it was my personal favourite part of the show.

It is seriously difficult to find your niche in the world of comedy, especially at festivals such as the Fringe. Karia is a unique personality with a city hipster vibe and an individual sense of humour. In those moments where Karia was playing up to that version of himself, he became extremely funny. I did feel that there is some refining still to be done, as the stories were slightly muddled up and repeated because he kept going back to stuff he talked about before. But by using the growth and learning that can happen during Fringe to develop his talents, I think Karia has incredible potential in the comedy scene. 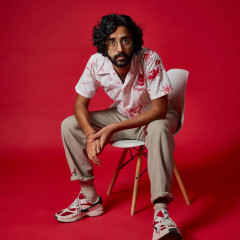 ‘Gallivant’ is Rajiv Karia’s exploration of your dream life versus your real life, how you thought you’d turn out and how you actually did.