As a Sri Lankan immigrant from the civil war, Rajapaksa takes us on a journey into the unknown, from childhood obesity, to the immigrant experience and all the other unlucky antics that he got up to growing up across England, Berlin and Sri Lanka.

Performed in a dingy, converted nightclub with disgustingly sticky floors, I immediately sympathised with Bandara. Especially when a couple of people (noisily) walked out of the show. It’s not an easy situation to find yourself in but I wanted to appreciate how calmly and matured he dealt with it, and carried on to his main set.

Bandara has an extremely chilled and unique stage presence, aided by his relaxed and soothing voice. The comedy feels like a great conversation between audience and comic; as he talks the audience continually responds with laughter. I loved his dead-pan comedy style and the undeniable gravitas that all audiences are drawn to.

For me, by telling so many different stories, Rajapaksa’s material stretched itself too thin. Individually, each story wasn’t as strong and so, we lost the overarching impact that a good comedy show ought to have. Certain sections could have been tighter as there was moments where Rajapaksa was beginning to ramble unrelatedly. He mostly managed to reign this in.

Most importantly, I really liked the more deeply personal sections as I felt they were wonderful, vulnerable and well thought out. The stories about eating disorders, immigrants vs. expats  in different countries, and his parents divorce were incredibly powerful. While there is room to improve and refine, Rajapaksa has a solid show at Fringe, with a bright future ahead of him. 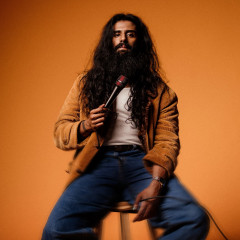