This latest re-imagining of Shakespeare’s most popular comedy helps to modernise the text for a younger audience, sometimes at the cost of nuance and coherence

Ahead of the full performance at Nottingham Playhouse, I was lucky enough to be invited to review an early dress rehearsal of the Playhouse's modern take on A Midsummer Night's Dream.

For those who aren't familiar with the story of Shakespeare's classic, the play focuses on four troubled teenage lovers in Ancient Greece losing their way in a forest and being subject to the mischievous whims of the fairies which inhabit the woods, as their identities and affections flip.

My familiarity with the play begins and ends with my vague memories of performing a far more amateur version for my year 6 leaver's assembly, so it's appropriate that I've revisited the play through a version that feels expressly aimed towards a much broader and younger audience than what you would be more likely to see at The Globe or the National Theatre. The decision to perform the play in the Wellington Circus, amongst the trees and the sunlight, did wonders for helping to immerse the audience in the world of the play, whilst also creating a laid-back atmosphere in keeping with the humour of the play. Even in plays which might 'break the fourth wall', there is something about the indoor theatre space which treats the audience and the stage as two separate spaces - the performance of the play happens somewhere else and the audience observe and judge it. Bringing the play outdoors flattens this boundary, with the audience participating in the process of the play as much as the paid cast. This approach was at its best when it involved the younger kids in the audience. It reminded me of the fun I had performing the play back in primary school and highlights the real strength of this version of the play - its ability to translate the arcane language and allusions of Shakespeare's world to children. If I were a parent, I would be very excited to use this version as an accessible gateway into Shakespeare, keeping the sophisticated language without losing the fun.

Unfortunately, save for the strong comedic timing of the actors, it leaves less for older audiences to enjoy. The simplification of the plot to accommodate for the smaller cast size results in a trimming of several key characters and plot lines from the original play - namely the roles of King Theseus and soon-to-be Queen Hippolyta. These two characters helped to open and bring closure to the loosely related narrative threads of the four lovers and acting troupe who are also lost in the woods. However, their diminished presence in this version makes the different scenes feel like disconnected episodes rather than something which fits into an organic whole. This is one example of how this version sacrifices valuable elements of the original play without the benefit of greater accessibility or clarity to a wider audience beyond those who are already familiar with the play or young children who are not primarily interested in the narrative themes.

In summary, the Playhouse's version of A Midsummer Night's Dream is a great introduction for young children to the work of Shakespeare and for those who are looking for a fun and light-hearted day out, but it will require some tinkering around with its structure and its different elements to make it more suitable to an audience looking for an interpretation that is more complex and rewarding. 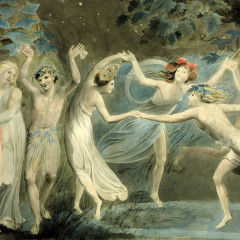 This latest re-imagining of Shakespeare’s most popular comedy helps to modernise the text for a younger audience, sometimes at the cost of nuance and coherence