Collaborating with the incredible Juno award-winning artist Donovan Woods ‘The Sun & The Sea’ captures a serenity of harmonious melodies from the two.

There is so much conflict in our world today. It’s a sad sight to see. Why is there so much hate in wars, between borders, in our own communities, and even throughout social media? Surely we are meant to all be on the side, think of everything that could be achieved if we all just came together. A message from Australia’s Ziggy Alberts in his latest thought-provoking new single ‘The Sun & The Sea’.

Elegantly played in Ziggy’s prevalent seaside acoustic folk style, the single is kept stripped back, vocals at the forefront without much distracting instrumentation in the background. As of 2022, this is already Ziggy’s third single release of the year, following on from ‘Tattoos’ and ‘The Great Divide’. Hopefully, fans will have more to come as the year goes on.

“Sometime last year, I discovered Donovan’s music and I immediately became a fan. We actually got talking because I put one of his songs on a personal playlist of mine - and I proceeded to slide into his DM’S after he left a comment (haha).” Says Ziggy, talking about how the collaboration came about. “Everything about this collaboration has been so natural. When I wrote ‘The Sun & The Sea’ it had tinges of Donovan’s melodic vibe, so we got on the phone, and I sent him the track to potentially work on together. From the first time I heard him sing “we want to be famous”, I was blown away; it felt that this was how the song was meant to be all along. Working with Donovan on this song has turned it into one of my favourite stories of all time.”

Ziggy Albert’s latest single ‘The Sun & The Sea’ is out now: 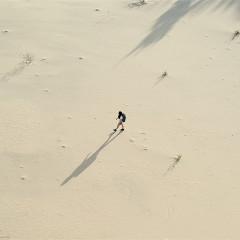 Collaborating with the incredible Juno award-winning artist Donovan Woods ‘The Sun & The Sea’ captures a serenity of harmonious melodies from the two.