We take a look at the making of and message behind Gemma Harvey’s new short film “LOVE” – a love story told from the perspective of someone with a learning disability, not a story of the disability itself. 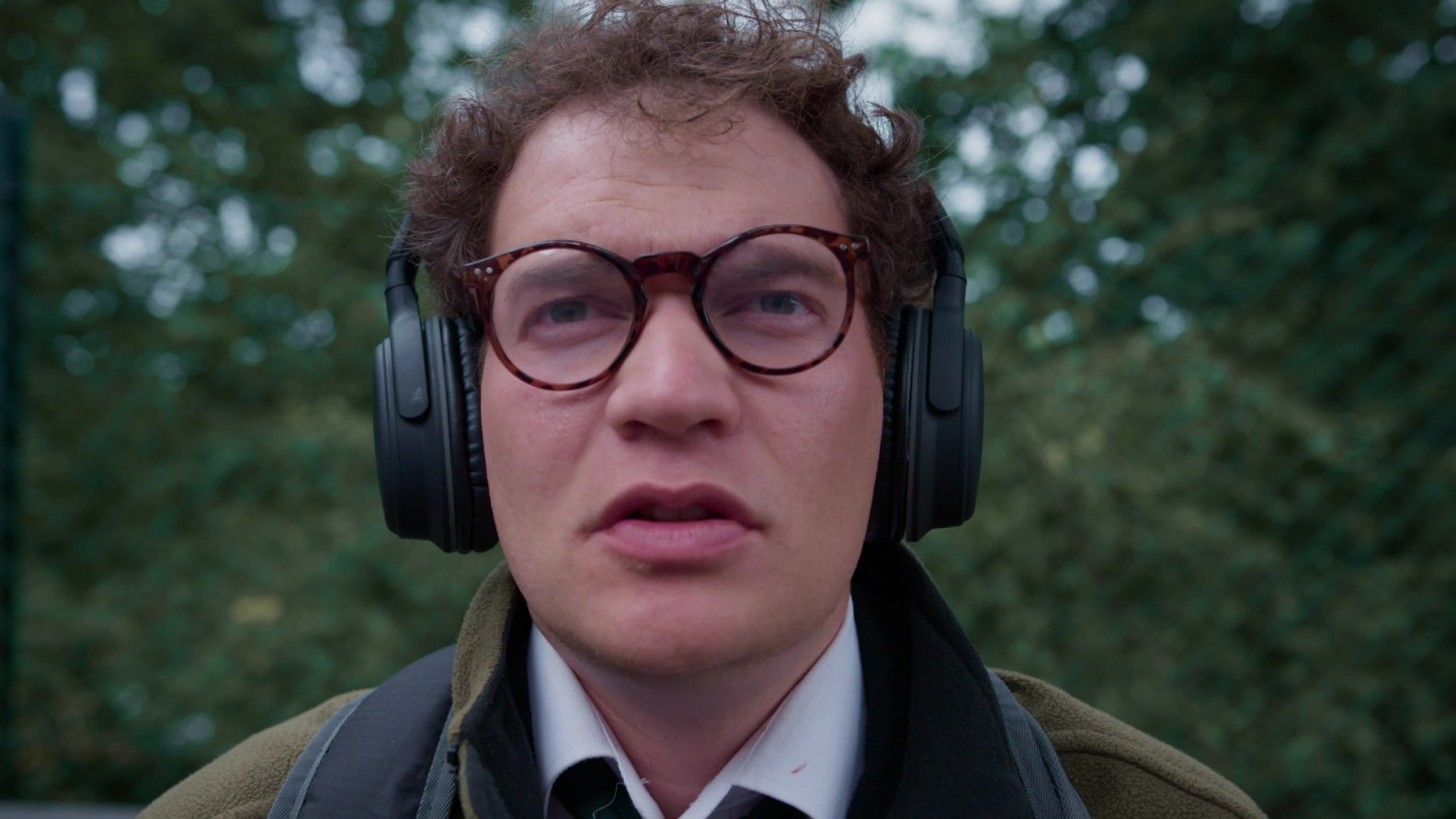 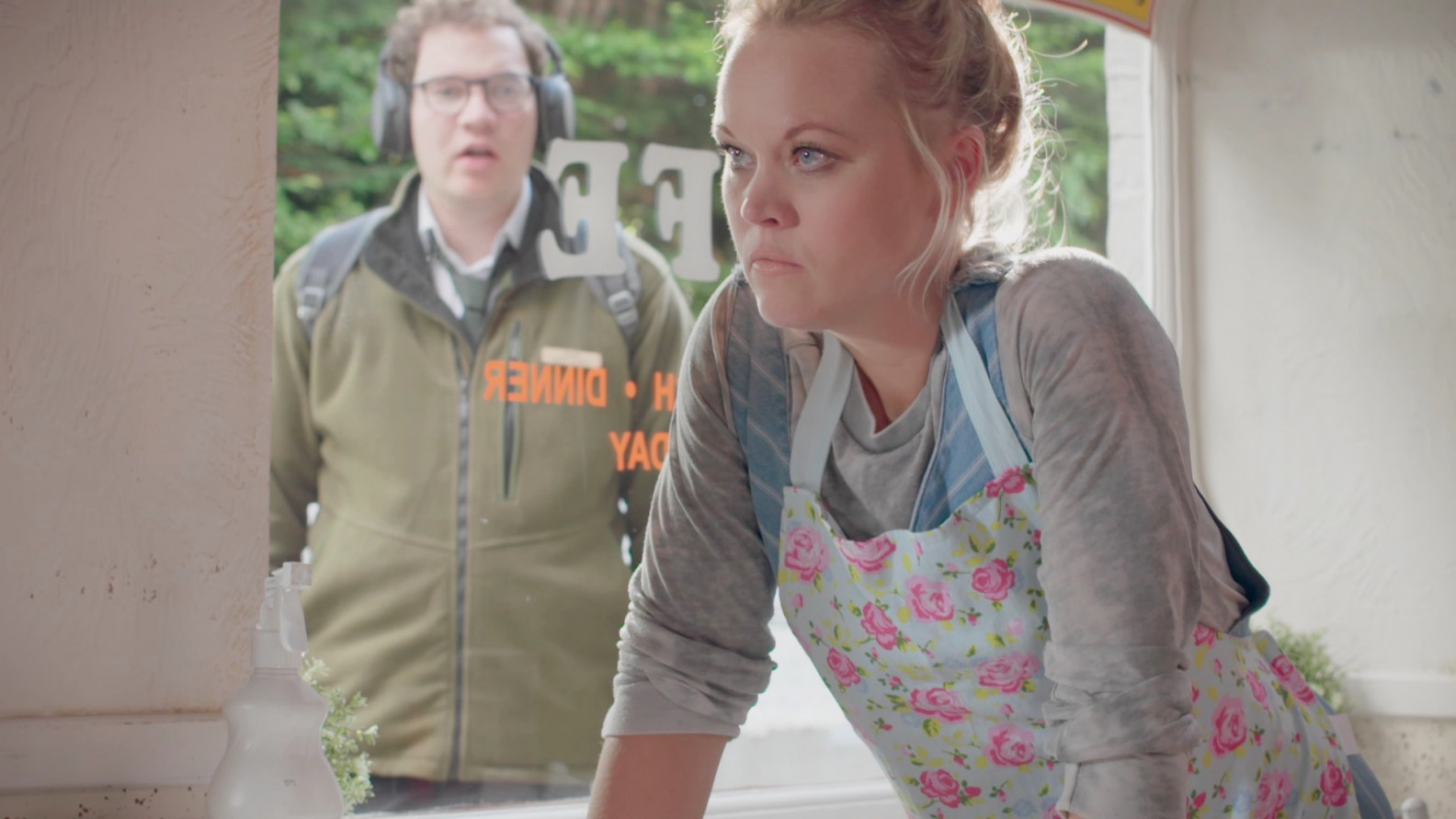 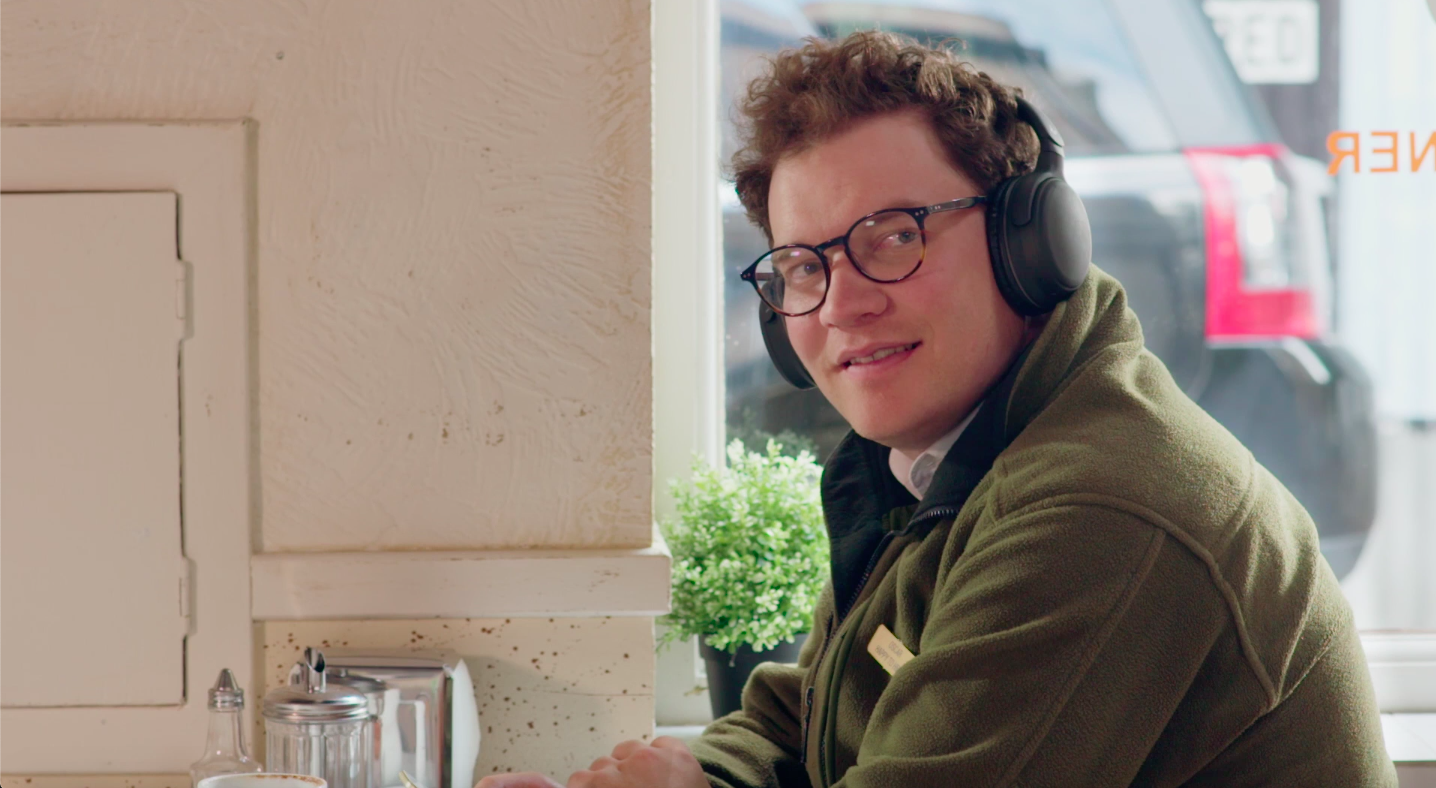 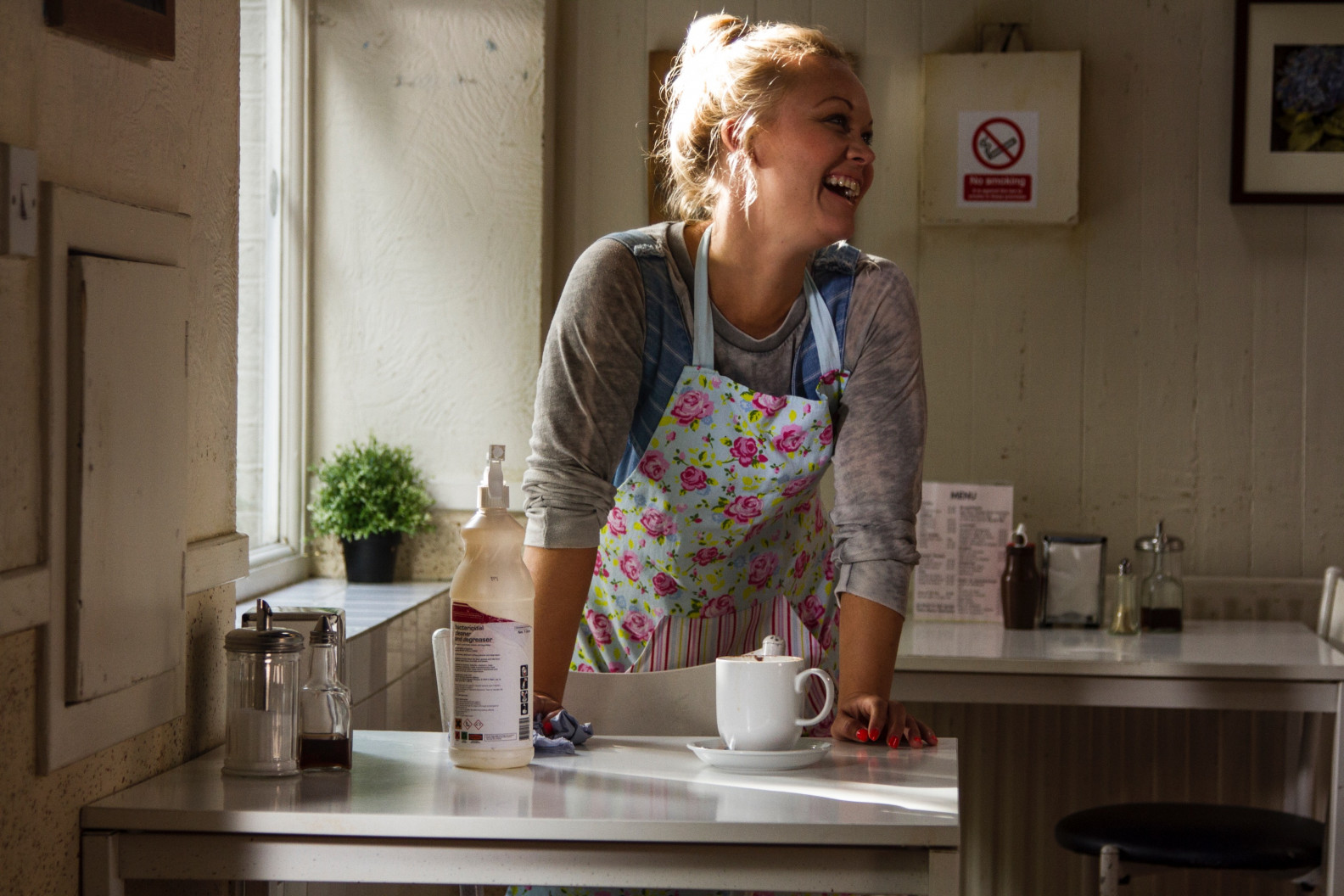 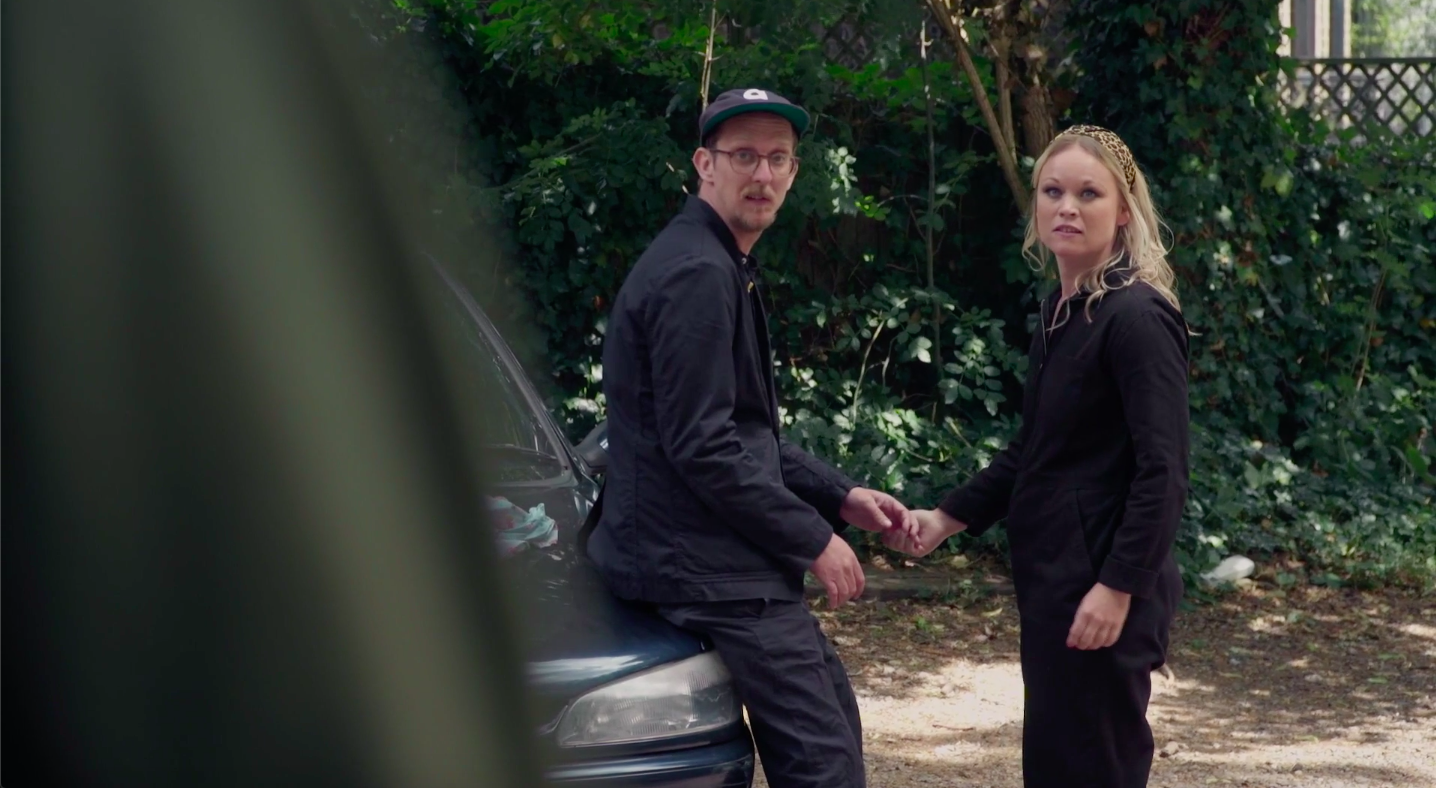 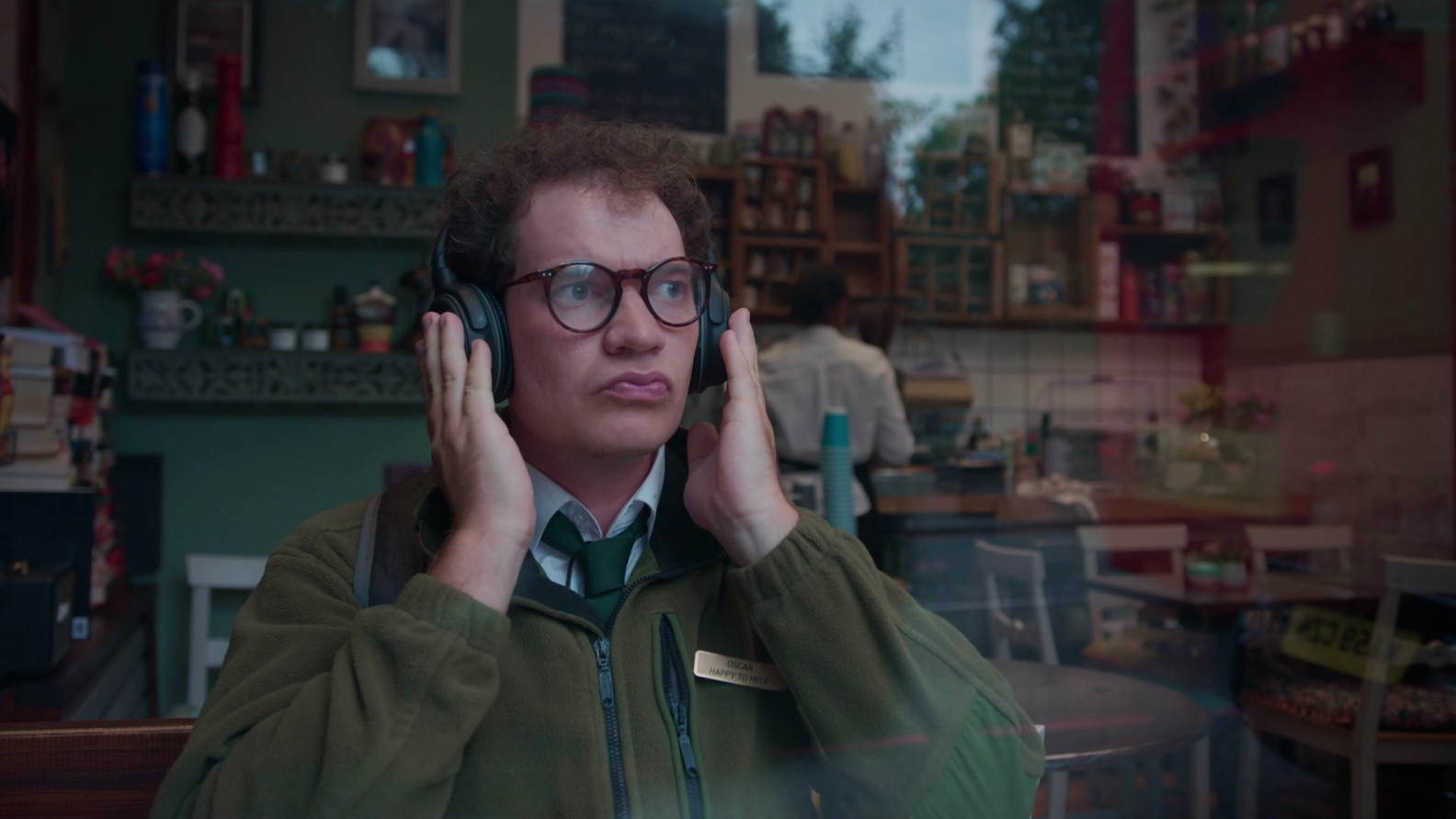 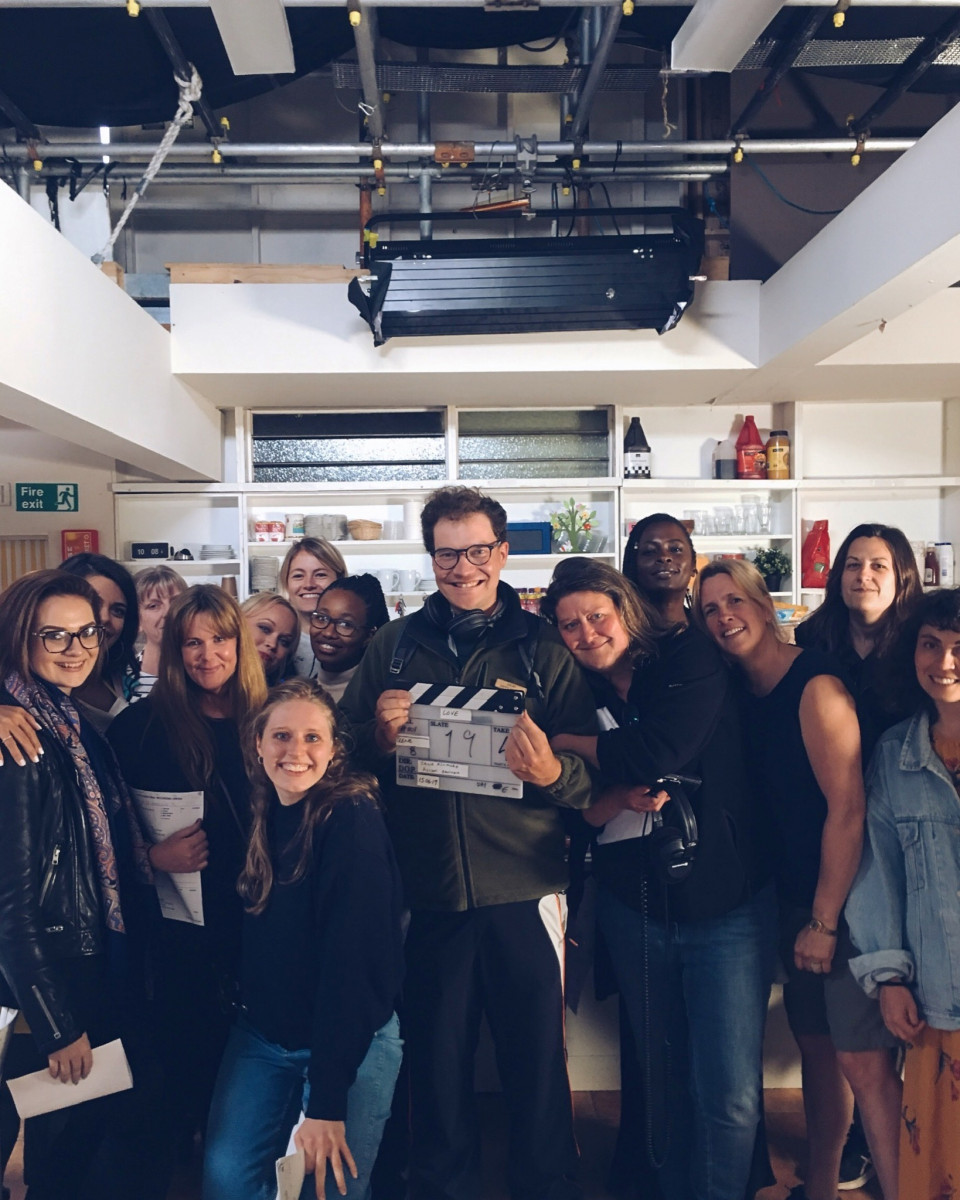 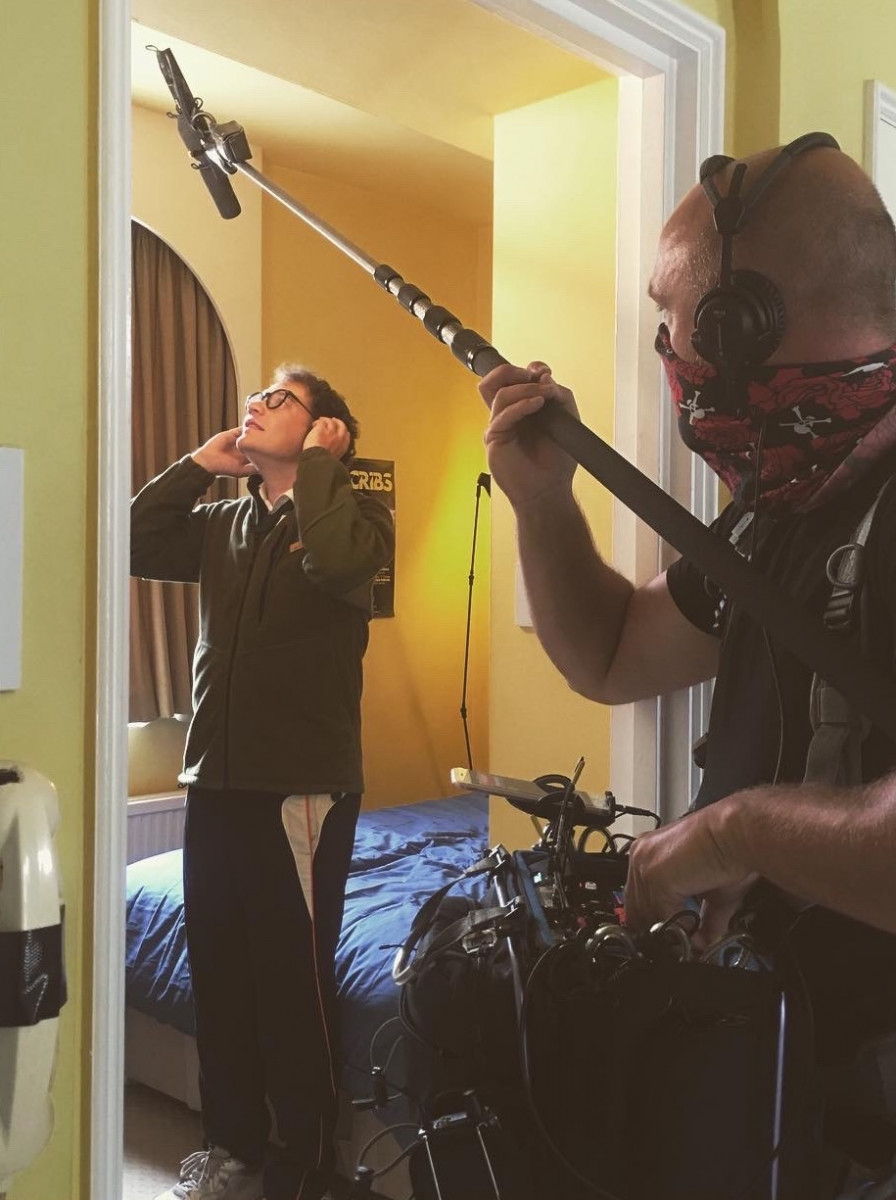 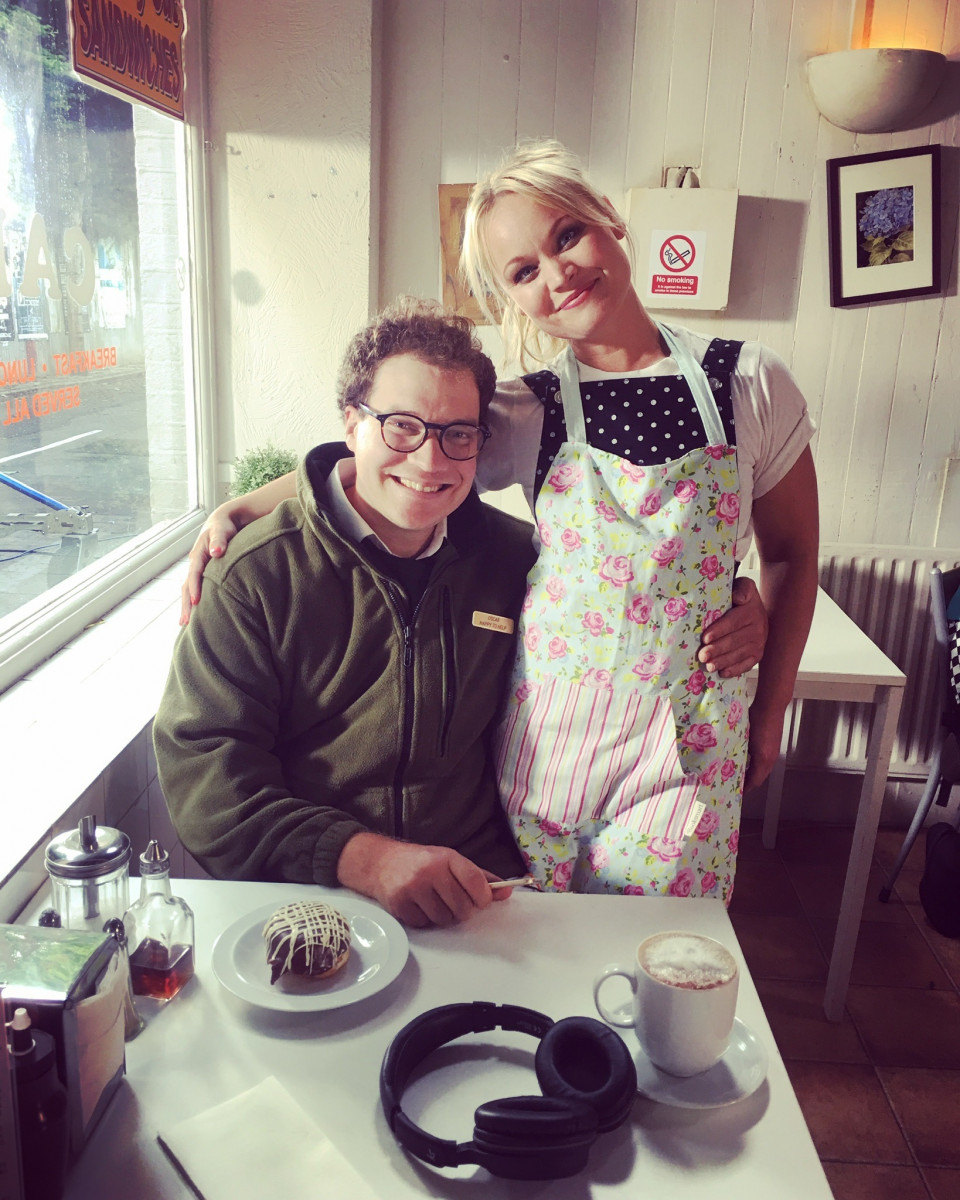 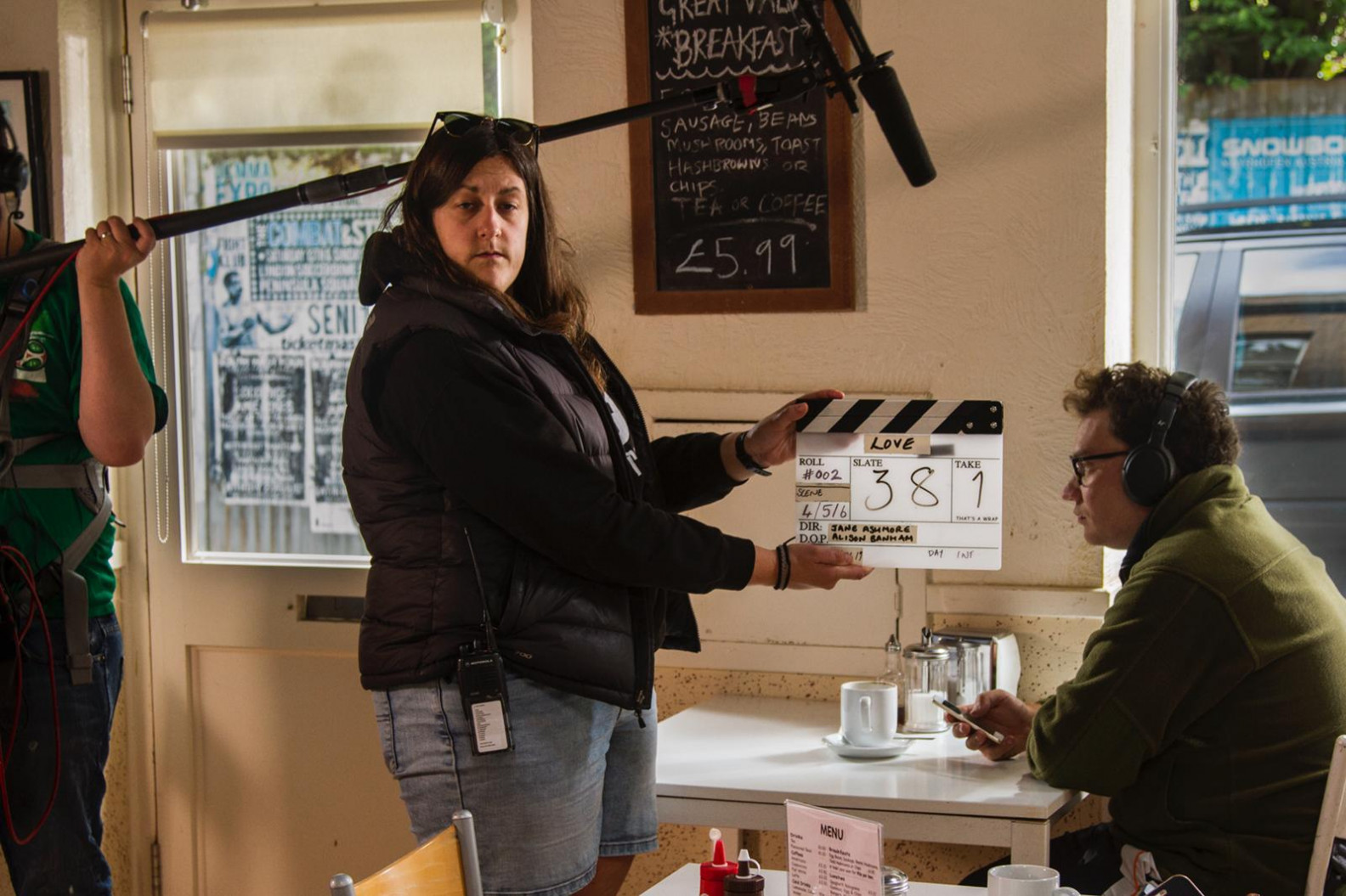 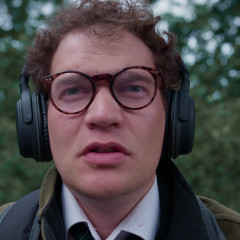 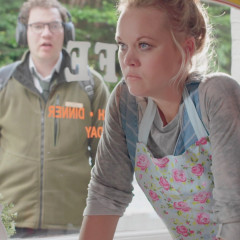 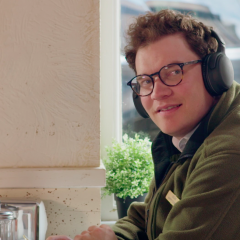 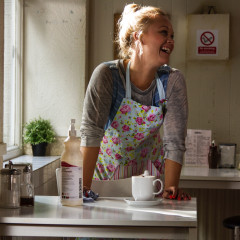 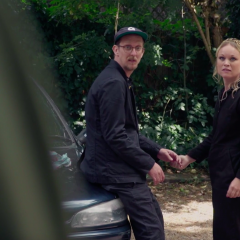 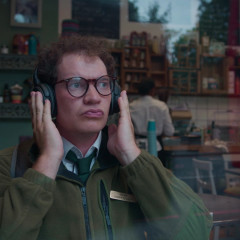 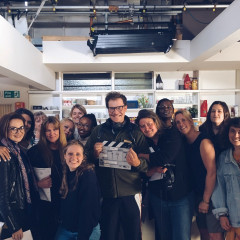 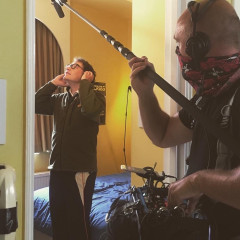 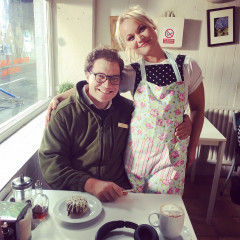 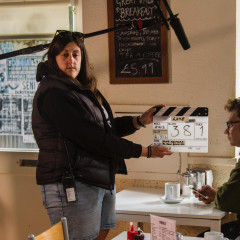 Author's note: Jules Robertson was sick with COVID-19 at the time this article was written and was unfortunately unable to be interviewed for the story or provide a comment.

When Gemma Harvey heard Jules Robertson say he couldn’t be a movie star because he had never seen someone with autism, someone like him, on the big screen, she knew she needed to change this.

Despite only having a tight budget to make her and Robertson’s dreams a reality, Harvey started on her mission to promote diversity and inclusion in film. She wrote a script, based around Robertson as the lead, and hired a creative team that was almost entirely led by women to encourage diversity both on screen and behind the scenes as well. Harvey not only wrote the script but also worked as a producer, creative support for Robertson and starred in the film as Robertson’s on-screen love interest.

“In the first part of filming, I was juggling so many balls and trying to keep them in the air,” Harvey said. “I was getting very frustrated at myself and trying to do every role to the best of my ability, but I made sure to surround myself with a strong creative team to help me; I was incredibly lucky.”

Harvey worked with Robertson as his creative support on Holby City, where he has been a semi-regular since 2016. Because of this experience, she knew the importance of having learning disabled actors play learning disabled characters and wanted to create something that told a story from the perspective of someone with a disability, not a story of the disability itself.

“Jules has lived experience with a learning disability, and without the opportunity for these actors to play characters like them, we will never get to the point where learning disabled actors are just being cast as actors,” Harvey said.

This desire to create a diverse and inclusive film inspired “Love.” “Love” tells the story of Oscar, a man with autism, who navigates the complications of love and life. Throughout the film, it is never explicitly stated that Oscar is autistic, although it is represented through elements like his repetitive actions and his relationship with music, which he uses as an escape from the pressures of uncomfortable social situations. He also uses lyrics from songs by The Streets that he resonates with, and through these lyrics, he is able to convey the emotions he is feeling.

The creators of the film wanted this to be a story about love, not a story about autism. Oscar is just like any other person trying to find love, and he just happens to be autistc, but this is in no way something that defines him.

“If people from these marginalised groups aren't seeing themselves on stage and screen, they don’t feel like they’re part of society,” Harvey said. “We need to employ actors with lived experiences of disabilities to play these characters because what we see on our screens now doesn't reflect society.”

The film’s director, Jane Ashmore, said that oftentimes, characters with disabilities are portrayed in the background or as side stories, and it is rare to have a disabled character as the lead. Because of this, Ashmore wanted to ensure that Oscar’s struggles and experiences were fully expressed through the sounds of the film. She wanted to create a sensory experience for the audience so they could go with Oscar on his journey instead of feeling as though they were simply looking in on him. Similarly, Ashmore didn’t want to portray Oscar as someone who needed love to “fix him.” She wanted to show the world he lived in and how he exists within that.

“The film had the hook that Oscar sought refuge in music, and my vision was to make more of that and to create an oppressive, noisy world that he needed to seek refuge from,” Jane said. “I wanted to create a sensory experience that would echo the way that neurodiverse people often experience the world around them.”

But while the message of the film was clear and fiercely championed by the creative team, the production was not without its struggles. Being in the independent film industry meant Harvey and her team had little money to produce the film. Despite this, a pandemic looming and having to work around the cast and crew’s jobs, everyone willingly gave their time for free because they believed so strongly in the film’s message and purpose.

“It takes a lot of skill to create something from nothing,” producer Jess Clark said. “It does take a village, and no-one’s job is more important than anyone else’s. We’re all in it together.”

This mentality and attitude meant that the team could focus extensively on bringing representation and authenticity to the screen while also focusing on creating an environment that could accommodate Robertson’s needs. Harvey hopes that by showing that learning disabled actors are first and foremost actors she can encourage the film and TV industries to hire more actors who accurately represent all groups within society.

“A lot of people are afraid to take a risk on a story they don’t understand, especially having learning disabled characters involved,” Harvey said.

“They might worry they don’t know how to support those actors, and without understanding the importance of support, there’s a whole group of actors who can't get involved with these projects.”

Actors and creators who worked on the film described it as an unrequited, bittersweet love story, but it was so much more than this.

The film did not have flashy costumes or elaborate sets; it was simply realistic. With this simplicity and reality came an immense amount of emotional depth. It conveyed more depth and emotion in 20 minutes than some feature films contain in two hours. The film showed a real look inside the head of a young man with autism without focusing on or making his disability problematic. It was evidently part of him, but he was simply human, not a problem that needed solving. By making the audience feel as though they were part of the movie, you also felt as if you were one with Oscar, as if you were inside his head. With this emotional depth came an intense attachment to Oscar even though he was only on screen for a short amount of time, and I found myself wanting to know more about Oscar’s life and personality outside of the story arc and his relationship with his love interest Daisy.

Harvey and her team conveyed their message in an incredibly effective way. I was of course aware of Oscar’s autism, but I didn’t feel as though that was what the film was centred around. It was quite simply a love story that was seamless, moving and emotional, and it exceeded all my expectations. 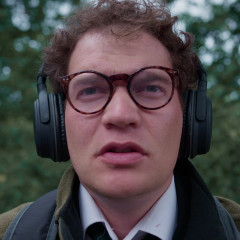 “LOVE”: A short film with a deep meaning

We take a look at the making of and message behind Gemma Harvey’s new short film “LOVE” – a love story told from the perspective of someone with a learning disability, not a story of the disability itself.