The RAF Benevolent Fund has launched a new competition inviting the public to write a script telling a fictional story based on the Battle of Britain, in which Royal Air Force pilots bravely fought in the skies above Britain to defend our shores from Nazi invasion.

A judging panel will decide on the winning script, which will then be dramatised, recorded and produced as an audio drama. This will be released as a bonus episode of the second series of the Fund’s All Stations podcast on Battle of Britain Day (15 September).

The second series of All Stations will commemorate the 80th anniversary of the Battle of Britain, the RAF’s most well-known operation. Churchill’s famous 1940 speech expressed just how much was owed ‘by so many to so few’, and the series will come as a fitting opportunity to commit to the airwaves the heroes who fought for our freedoms all those years ago.

The script competition aims to engage younger audiences, as previous research carried out by the RAF Benevolent Fund revealed that 40% of 18-24-year-olds did not know what the Battle of Britain was and only 51% knew who ‘The Few’ were. 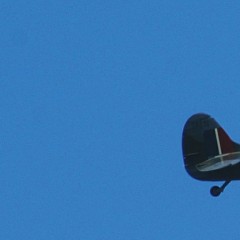