Voice MagOpportunitiesWin a Press Pass to…

Calling all aspiring film critics: this prize is major. Hiive are giving away a full Press Pass to the BFI London Film Festival!

BFI LFF has premiered a massive array of incredible films to the world and the 2017 programme is just as exciting as ever, with more than 200 selected films.

With a Press Pass, you'll see many films prior to release, even prior to being picked up for distribution! That means you'll get to see them up to a year before the general public.

You'll also have exclusive access to press events, Q&As, afternoon teas and discounts on food and drinks throughout the festival.

Plus, Hiive will get you to show off your writing skills and create a minimum of five film reviews to be published on Hiive to their network of 100,000+.

Hiive want you to submit a film review of no more than 500 words, ideally reviewing a recent film.

If you have links to a blog or other social media, they'd also like to see them to get a feel for your writing style and passion for film.

If you're not already a Hiive member, please hit 'Register', it's free to join and only takes a few minutes to sign up. (Hiive's a not-for-profit!!)

Once you're signed up you'll see a red box in the top right corner, hit 'Apply' and fill out the form.

It's as simple as that so get submitting! 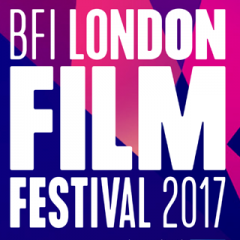 Win a Press Pass to the BFI London Film Festival

Calling all aspiring film critics: this prize is major. Hiive are giving away a full Press Pass to the BFI London Film Festival!