The iconic 2021 Video Music Awards (VMAs) took place last night at Brooklyn’s Barclays Centre. Where many of the world’s most influential artists turned up in some of the wildest outfits to receive awards for their efforts over the past year.

In a celebration of music, art and fashion, one of the biggest winners of the night was Lil Nas X, who won the award for Video of The Year with his track MONTERO (Call Me By Your Name). Nas X is lauded by the LGBT community, and saluted them in his acceptance speech, whilst also jokingly thanking “the gay agenda” saying: “First, I want to say thank you to the gay agenda! Let’s go, gay agenda! I love you guys so much, I do not take this for granted”. The comment alludes to the recent media controversy surrounding him and his sexually suggestive dance routines.

The ceremony was hosted by musical performer Doja Cat. Justin Bieber kicked off performances at the event, before winning his own VMA for Artist of The Year. His acceptance speech alluded to the struggles of performers over the span of the pandemic, and also stated: “I know you guys have probably heard it a lot, but we are in unprecedented times right now, with this COVID thing that’s happening. Music is such an amazing opportunity and outlet to be able to reach people and to bring us all together. And that’s why we’re all here, right? We are all here together. We’ve got more in common than we don’t. And I look around here and see so many beautiful faces. I believe the best is yet to come.”

VMA’s legend Madonna also rocked up to the ceremony, celebrating 40 years of the awards.  A staple at the show, her wild antics at the VMAs have become iconic over her long career, such as her sultry 1984 rendition of Like a Virgin and her three-way kiss with Christina Aguilera and Britney Spears in 2003 that made headlines.

The calls for racial justice and tributes to the pandemic abundant in past years were gone this time around, however presenter and singer Cyndi Lauper made some gestures towards sexism and reproductive healthcare rights. She said: “Girls still wanna have fun, but we also want to have funds, equal pay, control over our bodies – you know, fundamental rights”. Billie Eilish won the award for Video for Good with her song, Your Power, mentioning in her speech: “We need to protect our young women at all costs.”

In a surprising turn, and possibly the biggest upset of the night, WAP, the track made infamous by Megan Thee Stallion and Cardi B was snubbed by all of the awards that it had been nominated for.

Foo Fighters, who were recently inducted into the Rock and Roll Hall Of Fame won the prestigious Global Icon Award, having been introduced onto the stage by Billie Eilish, they also performed a medley of their best tracks on stage.

You can see a list of the night’s winners below

Video of the Year:

Lil Nas X - MONTERO (Call Me By Your Name)

Artist of The Year:

Song of the Year:

Group of The Year:

Push performance of The Year:

Lil Nas X – MONTERO (Call Me By Your Name) – Visual Effects by: Mathematic 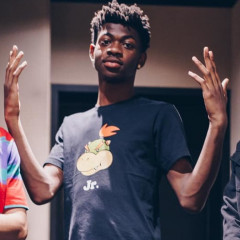 The iconic 2021 Video Music Awards (VMAs) took place last night at Brooklyn’s Barclays Centre. Where many of the world’s most influential artists turned up in some of the wildest outfits to receive awards for their efforts over the past year. 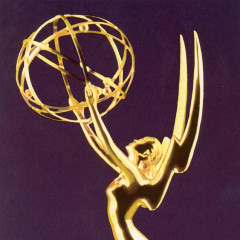