Jesy Nelson has announced that she has signed her first solo record deal since leaving Little Mix last year.

The 29-year-old singer, who left the girl band in December due to mental health reasons, has now secured a deal with high profile German-British record label Polydor to release music as a solo artist.

Jesy wrote on Instagram: “So excited to announce that I’ve signed my first ever solo record deal with Polydor. This is such a pinch-me moment. I cannot wait for you guys to hear what I’ve been working on.”

The long anticipated wait for Jesy’s new music will continue to be a hot topic, especially as her ex-band won their first historical award at the Brits earlier this month.

It’s yet to be confirmed when new music will arrive, but recent social media activity has seen Nelson in the studio with production team Loosechange, who previously produced Little Mix’s 2016 hit ‘Touch’.

Although her exit from the band was unexpected, this is good news for fans that still want to support her artistry, and the wait will surely be worthwhile 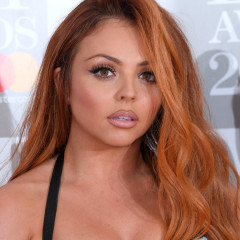 Jesy Nelson has announced that she has signed her first solo record deal since leaving Little Mix last year.