The organisers of an impromptu AJ Tracey gig were hit with a £10,000 Fixed Penalty Notice after huge crowds congregated in Platt Fields Park.

Large crowds compiled in the park after Brit nominated AJ Tracey announced he would be in Manchester saying, “Next stop manny! Come link me Platt Fields Car Park at 4pm.”

Due to the surprising numbers the organisers of the event were later fined, as confirmed by the mayor of Greater Manchester, Andy Burnham on Twitter.

The £10,000 fixed penalty has been issued by Greater Manchester police towards the organisers of the event for breaching coronavirus legislation. This came as a surprise to both the organisers and the artists, as Tracey admitted he “didn’t expect that many people

Tracey took to Twitter to show appreciation to fans in Birmingham and Manchester, before apologising for the amount of people who turned up to the Platt Fields gig. He proceeded to  cancel a trip later on that evening in Bristol as it was deemed ‘not safe’ and wouldn't be a responsible move for the artist.

This event was a gentle reminder that although restrictions have been lifted the penalty fines have not with large scale outdoor events and indoor venues due to resume from June 21. 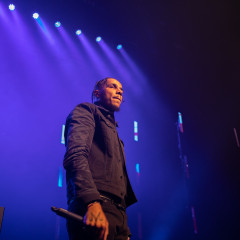 The organisers of an impromptu AJ Tracey gig were hit with a £10,000 Fixed Penalty Notice after huge crowds congregated in Platt Fields Park.