The Weeknd steps up to help fight against violence in Ethiopia by donating $1 million to a UN food scheme that will provide meals for those affected by the conflict.

The singer-songwriter whose real name is Abel Makkonen Tesfaye, born to Ethiopian immigrant parents, announced that he will donate $1 million in food aid to Ethiopia as the ongoing conflict continues in the Tigray region.

The Weeknd’s substantial donation will provide meals through the United Nations World Food Programme, helping civilians who are being forgotten in the crossfire.

“My heart breaks for my people of Ethiopia as innocent civilians ranging from small children to the elderly are being senselessly murdered and entire villages are being displaced out of fear and destruction,” The Weeknd wrote on Instagram. “I will be donating $1 million to provide 2 million meals through the United Nations World Food Programme and encourage those who can to please give as well.”

Ethiopia’s Tigray crisis began in November 2020, and it is believed that thousands of civilians have been killed, raped and abused.

The country's cry for help comes as no surprise as the Ethiopian government openly dismisses evidence of these claims, asserting that they have to open their own investigations to understand reports made by Western media.

Ethiopia's government said  "Social media posts and claims cannot be taken as evidence, regardless of whether Western media report it or not", after a CNN investigation found that Ethiopian soldiers executed unarmed men in the country's war-torn Tigray region.

The statement added that “investigations into allegations are welcome for remedial action and accountability." 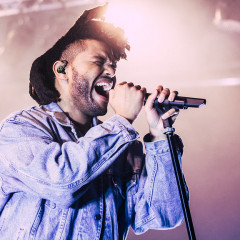 The Weeknd steps up to help fight against violence in Ethiopia by donating $1 million to a UN food scheme that will provide meals for those affected by the conflict.