Simon Armitage takes over from Carol Ann Duffy to become the UK’s 21st poet laureate. An ex-Probation Officer – now Professor of Poetry at Leeds University – Armitage received a CBE for his services to poetry in 2010 and has published 28 collections.

“It’s a huge honour to be appointed Poet Laureate, one of the great high offices of literature,” says Armitage. “Over the past two decades the laureateship has become a working role, with previous laureates actively involved in the promotion of poetry and in numerous initiatives to identify and encourage talent, especially within education and among younger writers”.

The position of Poet Laureate was first conceived in seventeenth century when playwright and poet Ben Jonson received a royal pension of £66 3s from James I. The official title was later established in 1668 by Charles II, who appointed John Dryden as its first recipient. Today, Armitage will receive an annual stipend of £5,750, along with a traditional butt of sack (600 or so bottles of sherry).

Previous writers to hold the laureateship include William Wordsworth, Lord Alfred Tennyson, Ted Hughes and Andrew Motion. The position was initially a lifetime position which poets would hold until their death. In 1999 the rules changed to limit the tenure to 10 years, giving more poets the opportunity to hold the title.

Since its conception over 350 years ago, Armitage acknowledges that the laureateship, like Britain itself, has “changed enormously” and believes the role should reflect that: “I want to celebrate and speak on behalf of the variety of voices who contribute to the rich chorus of British poetry from a wide range of personal, literary and cultural experiences, and to help poetry explore its potential in a multi-faceted, multi-vocal and multi-media age.

“The poetry of these islands is one of our greatest achievements, and as well as being proud of its traditions I want poetry to feel confident and at home in the contemporary world and to demonstrate that in a hectic and sometimes frenetic age the combination of considered thought and crafted language is more relevant and vital than ever.

“I hope poets, readers and audiences will support me in my efforts." 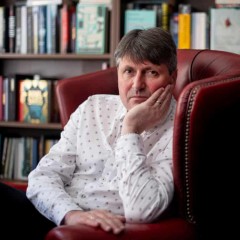