Voice MagNews​News of the year 20…

Out with the old, in with the new, except in this instance, where we look exclusively at what has been - it's a roundup of big news events of 2015!

2016 is now upon us, but rather than look ahead I thought we should instead take a moment to look back on the year just gone. It was a decidedly mixed bag if you ask me. We had record-breaking films that I found to just be alright. There were legislation changes that advance human rights and equality, but really should have been enacted years ago. Then there was the heartbreak, disgust and despair over the continued conflict in the Middle East and Africa.

Come now, and reminisce over the highs, the lows, and the bizarre news that dominated some of 2015.

Conservatives win a majority in the GE

In a result that shocked many, the Conservatives won the general election with a clear majority, after spending the last 5 years in a coalition government with the Lib Dems (remember them?). With Cameron back at the helm, the now Conservative government holds the majority in Parliament, allowing Cameron to push through most of his manifesto unopposed - or so we thought. Turns out the House of Lords has spent some of their time actually doing their democratic duty and holding the Government under scrutiny. Don't worry though, Cameron hasn't taken this challenge lightly, and asked Lord Strathclyde to review how best to limit this in the future. It will be interesting to see how this showdown erupts in 2016...

More shocking than the General Election result was the Labour leadership election results. Well known rebel but otherwise unknown backbencher Jeremy Corbyn overwhelmingly won the leadership competition, with a mandate to lead larger than the landslide victory seen by Tony Blair. However, his time in the leadership has been a little less than stellar, with many of his shadow cabinet refusing to step in line, actively and vocally contradicting him. 2016 may be make or break for the new Labour leader.

Although now legal in many countries across the world, the decision to legally enact same-sex marriage in Ireland is a special case. Firstly, there is its Catholic heritage, which is intertwined with the State - which meant it wasn't until 1993 that homosexuality was decriminalised in the country. Given the importance of religion, it is even more amazing to consider that Ireland was the first country in the world to legalise same-sex marriage via a referendum, which is where the passing of a law is put to the people to decide. When asked whether "marriage may be contracted in accordance with law by two persons without distinction as to their sex", 62% of turnout voted YES. A momentous occasion for the country, and for gay rights as a whole.

2015 started pretty horrifically, with the shooting of the Charlie Hebdo offices. Two brothers forced their way into the offices of the French satirical paper, armed with assault rifles, and proceeded to kill 11 people and injure a further 11. This triggered the #jesuischarlie hashtag, used as a way to symbolise unity with those killed or injured.

The heartbreak continued as towards the latter part of the year, over a million refugees from war torn countries such as Iraq, Syria, Libya and Afghanistan began to make a perilous journey to the safety of Europe, with thousands dying in the process. While the use of the image of the washed up toddler by the Press may have been ethically questionable, it highlighted just how desperate these people were to escape their own country. It served to force political leaders to take decisive action on the situation, and made most of the public more accepting to the idea of international aid.

There seemed to be no end to the bad news, as musician Kanye West announced, with total sincerity, that he was planning to run for the 2020 Presidential Election. The outspoken, always scowling rap singer made the announcement during his acceptance speech at the MTV Music Video Awards. 2020 is a long way away as of yet, and this is assuming there is an America left if Trump is elected...

I wanted to incorporate the famous "hundred flowers bloom" quote into this section, but I lacked the creativity. If you can do better, drop a comment. China had had a population problem for many years, and as such introduced a one-child policy. However, the Chinese Government have decided to abolish the law, and is now allowing families to have 2 children. A 100% increase in the number of children! This is done partly to address the aging population and gender ration issues China now faces. But more excitingly, Chinese children now get to appreciate the difficulties of having a younger sibling, who always gets their way, and are treated so much better by the parents, and seem to get all your stuff and… *ahem*, I love my little brother and sister really.

The Duchess of Cambridge and her husband, Prince William would fit perfectly in China, having seen the birth of their second child this year, Princess Charlotte. Charlotte was born 2nd May 2015, weighing 8lbs 3oz. She is the sister of Prince George, who was born in 2013. She is 4th in line to the throne.

The Beatles will be available to stream from Christmas Eve

Did you know that it wasn't until 2010 that The Beatles' music was available to purchase on iTunes? Well it's true, it took the best part of 50 years to get one band's music onto digital stores, all because of copyright and royalty issues, as well as a trademark dispute with Apple Inc. Now, just five years later, their music is available on all major streaming platforms, such as Spotify, Apple Music, Google Play Music and Amazon Prime. Obviously, being one of the biggest bands of all time, this is quite a big endorsement for streaming platforms, who have taken a knock this year with Taylor Swift, Coldplay and Adele all snubbing them as exploitative and unfair.

Josh Berger to take over as Chair of the BFI

Former Chair of the Football Association, former Chancellor of the University of York, former Chair of HiT Entertainment, and former Director-General of the BBC, Greg Dyke has now called it a day as Chair of the British Film Institute. He will be replaced by Josh Berger. Berger's strong corporate background sees him considered as quite the serious Chair, whereas Dyke brought a level of levity to his Chairmanship. Dyke saw the BFI through government cuts to arts and culture and then saw government tax breaks for British filmmaking as well as overseeing the launch of a revolutionary strand of film and film archive education. It's not as if he's had a life of answering to other people...

Jeremy Clarkson sacked by the BBC, then finds a new home on Amazon

For a time this looked like it was the straw that broke the BBC's back. In an important year for the corporation, who are currently negotiating their Charter renewal with the Government, to have one of their biggest stars, who rakes in an absolute fortune for the BBC abroad, physically assault a member of staff over something as trivial as a steak, could have been the nail in their coffin. But somehow they came out of it largely unscathed, saking Clarkson, and having Hammond and May subsequently leave the show too. Unsurprisingly, although perhaps unfair, Clarkson has done alright from the drama too, being picked up by Amazon Prime to release a new motoring show, to the tune of £10 million a year, with a show budget of £4.5m per episode. Who says the system is broken…

I just wanted to end this article on a thanks. Thank-you to everyone who visits this website, contributes to it or even just shares our pieces on social media. It means the world to think that what we write interests you, and that you chose to look at our website over the near infinite number of others that exist online.

As you may have noticed, 2015 was a big, newsworthy year for us here at Voice - we got built this gorgeous new website, and have taken on more Voice Reporters who are eager to produce the high quality content we want to promote. I hope you have enjoyed sharing the experience of our growth, and are eager to see that continue in 2016. More changes are coming, and I'm excited to eventually share them with you. 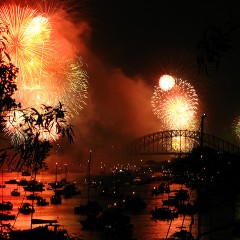 Out with the old, in with the new, except in this instance, where we look exclusively at what has been - it's a roundup of big news events of 2015!