Voice MagNewsThat’s Not My Name:…

“I had 5 Netflix guest accounts last year. Each one “for a different personality I thought I had. Because I’d just been diagnosed with dissociative identity disorder after 15 years of being told it was other things. I think it was when the Netflix price went up for a family account, I was like nah, I’m out. Then I got better…”

75 minutes of anti-psychiatric satire from new writer and performer Sammy Trotman, That’s Not My Name (directed by Jake Rix) questions the utility of Psychiatry and labels through the eyes of a featherless biped with more mental illnesses than you have friends. Assuming you have friends.

TNMN debuted at The Pen Theatre last September followed by a run at The Bread and Roses Theatre where it received an overwhelmingly positive response from audience members and critics alike.

Rooted in painfully funny anecdote and having already been called controversial 13 and a half times TNMN will tentatively tour the London fringe on its comedic legs in 2023 from February onwards. 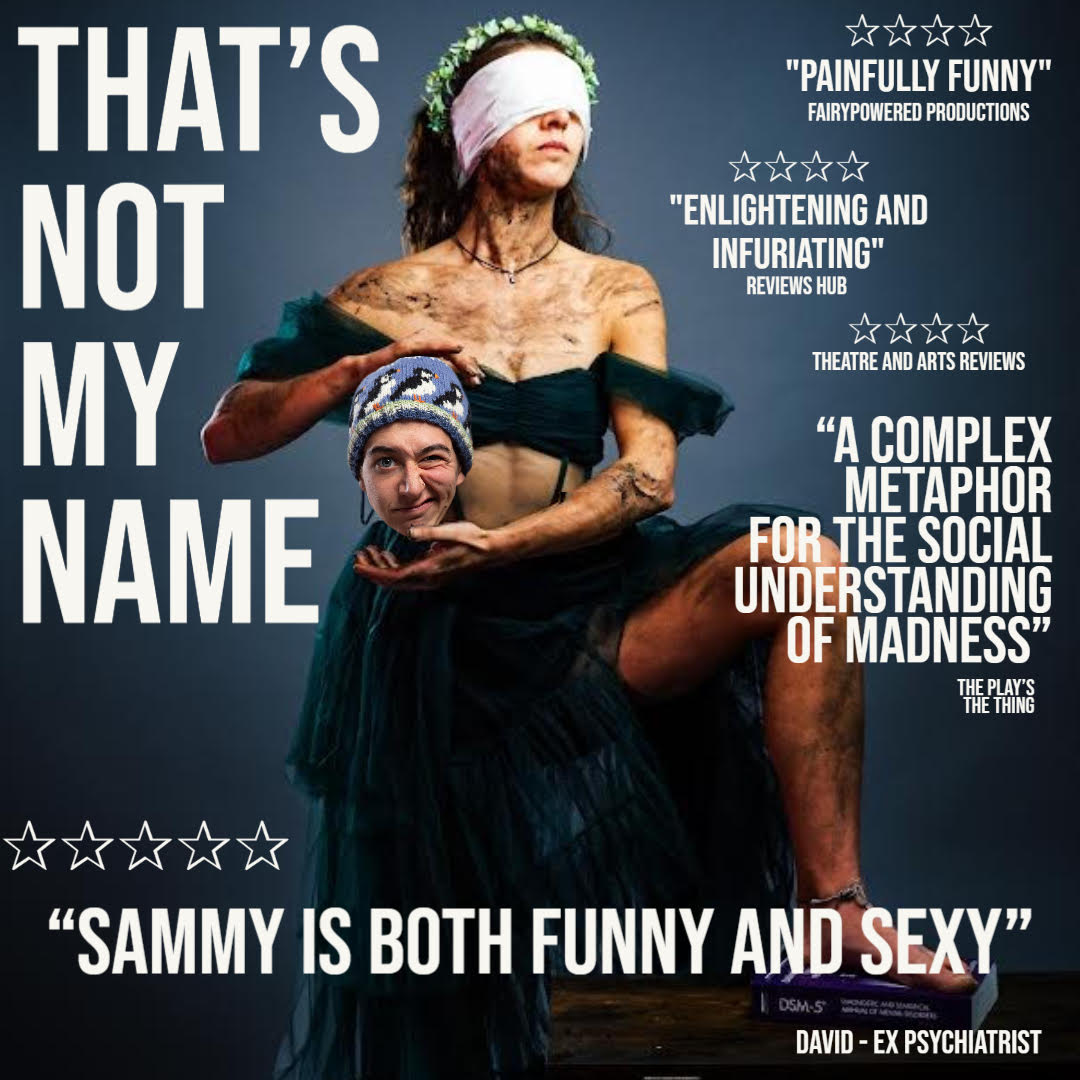 An 'hour of non-linear comedic chaos that makes total sense’is the closest Sammy and Jake have gotten to an explanation, but 'chaos' demonises the very thing they are trying to destigmatise – madness.

“It isn’t stand up. And it isn’t a play. It also isn’t acting. But it is scripted. So, it is acting because I have to remember lines. But I don’t like the fact I have lines. I improvise about 50% of it. If we have to label it then let’s call it absurdism. But it really isn’t that absurd.”

To Sammy, this is an hour of logic through the eyes of someone who is no longer afraid to illustrate the mechanisms behind what are clinically known as 'personality' or 'identities' 'disorders' - in a given capitalist context which she believes is far more disordered that the people it is labelling as such.

Because I hope it offers a different perspective on what institution is so vehemently quick to label, as 'mad', 'unwell' or 'disordered'.

"The 75 minutes is controversial. There’s no denying that. But it is all my subjective experience – something I feel is lost when we try and reduce the complexity of trauma and being human to a diagnostic label. So, I hope it offers a different perspective on what institution is so vehemently quick to label, as 'mad', 'unwell' or 'disordered' as since detaching myself from my own societal and clinical prescriptions I managed to develop the identity I was so vehemently lacking.

But I also know I have had the time and resources to achieve what recovery means to me. I also know that without my own context of class, generation and ethnicity, I would not have the luxuries of being able to be myself or write TNMN.

I make no pretense that I am incredibly lucky. So, I can and only will only speak to my own experiences. With that all said, I would love to know what the take is on my take, I am keen to start the discussion, even if people fully disagree with me – I’m not here to be agreed with, I’m here to talk about it."

Sammy trained momentarily at Guildford School of Acting (2014) and Fourth Monkey (2016) and went on to do absolutely nothing until this year. She isn’t sure whether she is indeed a character comedian (more impressive over on TikTok) or whether it is just one big trauma response. Either way, it seems to do what it needs to. That’s Not My Name is the first time Sammy has written and performed anything. Ever.

Jake finished an MA in Shakespeare Studies with The Globe and King’s College studying the way old texts would reverb across different societal intersections.

Jake has been part of Gulbenkians's Youth Theatre for 8 years, where he grew a keen flare for script writing and directing.

He was onboarded by Sammy as TNMN’s director due to his innate ability to see outside of the societal curve and translate that perspective into performance art.

Produced by Covered in Jam

Covered in Jam is an emerging theatre company that Sammy started as a humble sketch comedy account that has been delighting doom scrollers in recent months. But Covered in Jam now consists of four of us working together to bring That’s Not My Name to life as a production and giving a voice to others also marginalised by the same intersection. 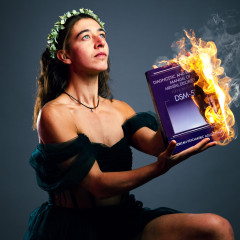 That’s Not My Name: a new show produced by Covered in Jam