The Fourth Annual Comedy Women in Print prize (CWIP)celebrates thebest comedy writing by both fresh and established female talent from across the UK and Ireland. It proudly shines a light on accomplished published & unpublished authors, demonstrating a wide breadth of reliably funny voices.

The CWIP charity was launched by actress, author, and stand-up comedian Helen Lederer in 2019 as she discovered that there were no literary prizes for witty female authors. It quickly became a vital platform to increase exposure for female comedy writing, celebrating humourous female voices and helping to launch fledgling comedy writing careers.

This year's glamourous awards ceremony will be held at London's Groucho Club. The event will include a newly created Legacy Recognition Award, joyfully celebrating the clever, witty, satirical work of the late Sue Townsend that both holds us accountable and makes us laugh - like a drain. The 40th-anniversary edition of The Secret Diary of Adrian Mole Aged 13 ¾ is due out in October with a foreword by Caitlin Moran.

Helen Lederer, the founder of the CWIP Prize, said:

“Writing can feel like an uphill battle, so I created CWIP to make a difference and amplify women's extraordinary witty voices. Getting industry recognition gives talented writers the exposure and support they need. Writing funny stuff really does change one's mood –I can't wait for all the amazingly hilarious submissions to roll in and to make the winner's dreams come true."

"The Comedy Women in Print Awards have truly changed my life and made my lifelong dream of being an author come true".   Following CWIP, Hannah's first novel, No Life for a Lady, will be published next year and is described as 'the most joyful book of 2023'.

"The Authors' Licensing & Collecting Society is delighted to sponsor the very important work of CWIP celebrating underrepresented witty female writers and providing that essential platform for their stories to be told. The awards recognise the amazing talent that provides us with such entertaining books, and we are proud to be involved in an enterprise that helps celebrate writers in such a fiercely competitive arena."

Submissions open on Monday 5th September 2022. All entries should be submitted before the deadline of Friday 14th October 2022.

Cash prize of £1,000 for the winner and all shortlisted entries will receive £100 and will be published in an anthology by Farrago in 2023.

About Helen Lederer, Founder of CWIP

Helen Lederer is probably best known as part of London’s Comedy Store comedians, including Dawn French, Jennifer Saunders, the late Rik Mayall and Ben Elton, and for her roles in Absolutely Fabulous and the BBC comedy sketch show Naked Video. TV credits include Saturday Night Live, Happy Families, Hollyoaks, Bottom, Miss Marple among others. She starred as Rich Aunt Ruby in Horrid Henry: The Movie. Radio credits include ‘Life with Lederer’, her own comedy series ‘All Change’ and writing and presenting Pick of The Week for BBC Radio 4. Her show at the Edinburgh Festival ‘I Might as Well Say It’ was sold out to rave reviews. She is not only a comedian and actor but also a comedy novelist. Her first novel Losing It (Pan Macmillan) was nominated for the Bollinger Everyman Wodehouse Prize for Comic Fiction. She is currently working on her comedy memoir and enjoyed a recent TV cameo in BBC Doctors. Helen was a columnist for Woman and Home, is currently guest columnist for the i Newspaper, writes for The Telegraph, and is currently the ‘agony aunt’ for Woman’s Weekly. She has also contributed to Stories to Make You Smile, a co-commission between The Reading Agency and Specsavers for World Book Night 2021.

About the sponsors and partners

The Authors’ Licensing and Collecting Society is a not-for-profit membership organisation set up in 1977 by writers, for the benefit of writers. Since its inception, it has paid out over £500 million to all types of writers and has over 100,000 members. Find out more about the organization and how to join at alcs.co.uk.

Brownhill Insurance Group cover all personal insurance needs and with their own, their house 'Love Art Team' is pleased to support the prize. brownhillgroup.co.uk

Falmouth University has creativity at its heart with Dawn French as a committed Chancellor. Falmouth’s dynamic and future-focused portfolio offers undergraduate and postgraduate courses that represent the breadth of the creative economy. Falmouth University recently launched the UK’s first MA in Comedy Writing.falmouth.ac.uk

The i is CWIP media partner for the third year, and is the UK’s concise, quality national newspaper. Specialist curation has been a key part of i’s daily briefing for readers since the launch in 2010. Analysis by the industry body PAMCo consistently shows i to be one of the UK’s most trusted newsbrands. inews.co.uk 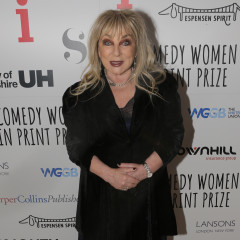