The curator of a new exhibition named Life Between Islands: Caribbean-British Art 1950s - Now, which will display Caribbean-British artwork at the Tate Britain has said that British institutions need to take responsibility for their history of benefitting from slavery. The exhibition will showcase work from filmmakers, photographers, painters, sculptors, and fashion designers. Many of the artists are of Caribbean heritage, and others are inspired by Caribbean culture, such as Steve McQueen, Sonia Boyce and Ronald Moody.

David Bailey is the curator of the exhibit, and is a member of the radical British Black Arts Movement, formed in 1982. He has said that the exhibit highlights the Tate Britain’s reliance on slavery. The Tate and its collection of artwork was initially funded by Sir Henry Tate in the late 19th century. Tate was a sugar refiner, and made his fortune through slave labour in the Caribbean.

“It’s trying to think about the question of the museum and its responsibilities in a 21st-century climate, particularly museums which have a very chequered history around patronage,” Bailey explained, adding: “That has now resurfaced itself around the question of post-slavery and the sugar industry, which is referred to in some of the works in the show. For me, one of the things our institutions have to do is take responsibility around those questions, and think about what is the legacy of these elements in the future.”

The Windrush generation came to Britain in the 1950s, and the exhibit begins with pieces from that time, also exploring the Caribbean Artists Movement, which included affluent artists Paul Dash and Althea McNish, both known for their modernist work with textiles that emulated the tropical landscape of their homeland.

Photographs of Stokely Carmichael taken by Horace Ove, alongside black panther school bags from Neil Kenlock will showcase Britain’s Black power movement at the exhibit, as well as a reimagining of Michael McMillan’s ‘The Front Room’, a fictional 1970’s interior that displays home as a safe space for gatherings during an intensely prejudicial time.

Also highlighting the social and political turmoil that the Caribbean-British community faced during the 1970s and 80s is Isaac Julien’s ‘Territories’, which displays the conflict between the police and carnival goers at the time. Denzel Forrester’s ‘Death Walk’ pays tribute to Winston Rose, a man who died whilst in police custody, whilst Keith Piper’s photo-collage ‘Go West Young Man’ aims to demonstrate the demonisation of young black men, and its connection with Transatlantic slavery.

Bailey said that these themes are a struggle to digest for British society, and are still applicable today, he mentioned: “Major European powers have a postcolonial history. Different generations emerge and those baggages get taken on and they resurface. That will never go away.”

The exhibit will also delve into the musicality and culture of the Caribbean-British, from reggae to annual carnivals. Upcoming artists in the scene are lauded, such as photographer Liz Johnson Artur, who documents the thriving grime music scene, and fashion designer Grace Wells Bonner.

Bailey believes that now is the perfect time to launch the exhibit, especially in lieu of the Black Lives Matter protests that occurred throughout 2020. The gains in momentum for the cause, as well as the repatriation of stolen artefacts to their original owners seem to have paved the way for more conversation around the topic. Bailey said “it is a moment for our national spaces to think about what it is they’re trying to do.” 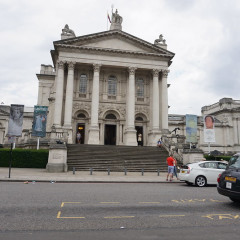 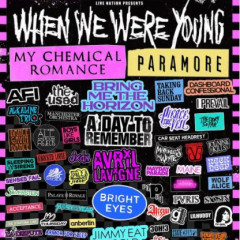 The ‘When We Were Young’ Festival is actually happening